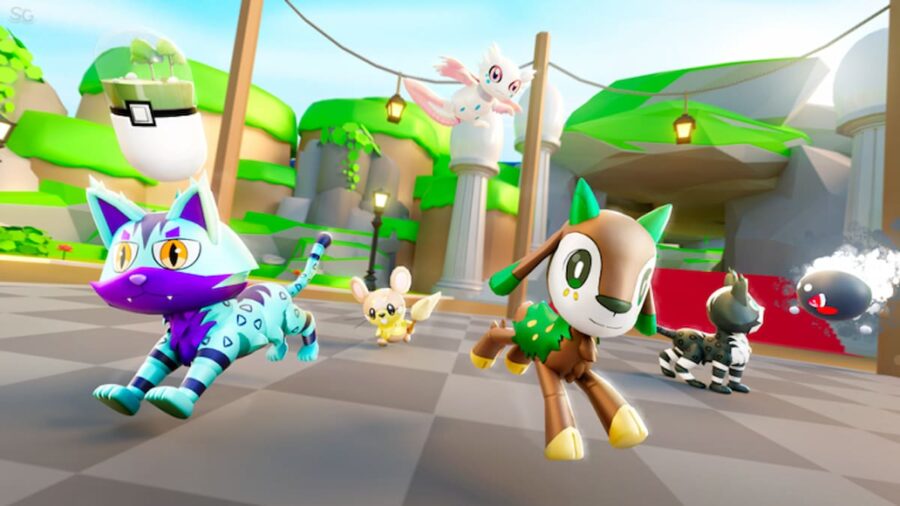 Like Pokémon, Pet Fighters Simulator starts off with a cinematic introduction and tutorial, followed by the prompt to choose a starter companion, or in this case, pet. From here, players are encouraged to explore the main hub within Pet Fighters Simulator to get their bearings on the experience. Gloops of slime scattered around the hub can be fought for coins, which can then be used to unlock more areas or purchase more eggs for pets—similar to the Roblox experiences mentioned above.

Unlike Pet Simulator X's reliance on AFK farming, Pet Fighters Simulator also offers quests for players to complete for XP and coins. The overarching story of Pet Fighters Simulator asks players to find out who turned all of the experience's innocent pets into monsters and bring a stop to the chaos. Along the way, they'll travel through various zones, encounter enemies and bosses, and collect new pets to fight alongside.

So far the announcement of this experience has been well received by fans, with a majority of Twitter users saying that they're excited to play something new.

With the recent social downfall of Pet Simulator X, however, some fans are keeping their hopes low for new releases in terms of the pay-to-win (p2w) privileges that inevitably come from a majority of simulator-style experiences.

Regardless of how Pet Fighters Simulator performs, Russo likely won't have much to worry about considering his plans with even more upcoming releases. Anime Battle Tycoon and Project Blue will be releasing in the coming weeks, Roblox Battles Season 3 is set to release in 2022, and Jetpack Jumpers (another Russo game) just launched in beta on Nov. 9, 2021.

The time conversions for the Pet Fighters Simulator releases in each of the U.S. time zones are as such:

Following the release of Russo's previous Roblox experience, Tapping Gods, which didn't see the smoothest launch process, Russo and his team aim to work out all of the kinks before releasing Pet Fighters Simulator to the public.

Looking for more Roblox content? Check out some of our code lists such as Roblox Jetpack Jumpers Codes (November 2021) or Pet Simulator X Codes | Roblox (November 2021)!

How to get Soul Nodes in Roblox Reaper 2?

What is Roblox 503 service unavailable error and how to fix