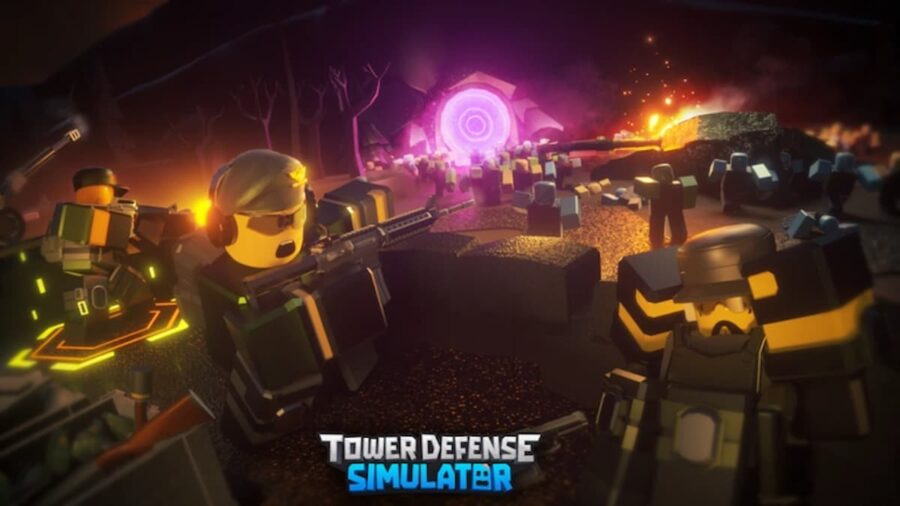 Tower Defense Simulator, as the name implies, is all about defending your tower and developing the greatest and most powerful army of troops possible. In order to do this, and do this successfully, you'll need a hefty amount of Coins and Gems—so how do you earn them quickly? Not everyone has time to grind waves of enemies for hours on end, so there must be a way to bypass this. The answer? With codes!

Luckily, Pro Game Guides has you covered on the most up-to-date and OP codes that you can use to unlock a bunch of Gems, Coins, and even some code-exclusive tower skins totally for free! If you find a code in the Active Codes section that seems expired, please let us know so we can remove it as soon as possible. Keep in mind, also, that you'll need to enter each code exactly as it's written or the experience won't accept it!

If after redeeming these codes you're still low on Coins or Gems, we'd suggest heading over to our articles that detail the best ways to grind each currency as fast as possible! Or, if you're looking for more general tips and tricks, check out our guide on Best Loadouts for Roblox Tower Defense Simulator!

All of the codes were checked

All of the codes below have been tested by our staff and have shown to work. You can either write them manually in the code box or copy them and paste them where they belong. They will not work if they are misspelled. Please, let us know if you have any problems with the codes, and we will double-check them!

These Tower Defense Simulator codes no longer work. We keep them here to dispel rumors that old codes may be working. We tested these, and they either did nothing or gave us an invalid response. Eventually, all codes expire, but sometimes they work again for a short period of time. Please don't hesitate to let us know if any of these work for you, and we'll double-check them!

How to Redeem Codes in Tower Defense Simulator

If you entered the code correctly, you will receive a message saying you've earned the reward. If it is incorrect, it will tell you expired, invalid, or send no message at all.

How to get more Tower Defense Simulator codes

The best way to stay up-to-date on codes is by checking out this page regularly. We continue to search for codes and we test them regularly. We are the best resource for Tower Defense Simulator codes.

Codes come in many different lifespans. Some expire quickly while others last longer, and Tower Defense Simulator codes are no different.

If the codes in the working section are no longer working, first have a double-check if they have been copied or typed correctly; if so, then it's most likely the code has just expired. Sometimes developers don't activate the codes straight away, so feel free to check the page often to see if a brand new code has appeared. If you have any issues with the codes above, let us know and we will check them.

What is Tower Defense Simulator?

Tower Defense Simulator challenges players to grind themselves, and an army of unique characters, all the way to the top by taking down waves of enemies, upgrading their troops and towers, and ultimately working toward becoming unstoppable. Players can unlock new characters and add them to their ever-growing roster as they fight alongside friends or solo in various game modes!

How to level up in Tower Defense Simulator

Gaining additional XP is useful because you can unlock various rewards. These include additional troops that you can use in the game to bolster your army! Be sure to check out the Rewards menu on the side of the screen to see what you will gain by leveling up. Additional troops will give you different options to use when heading into different maps.