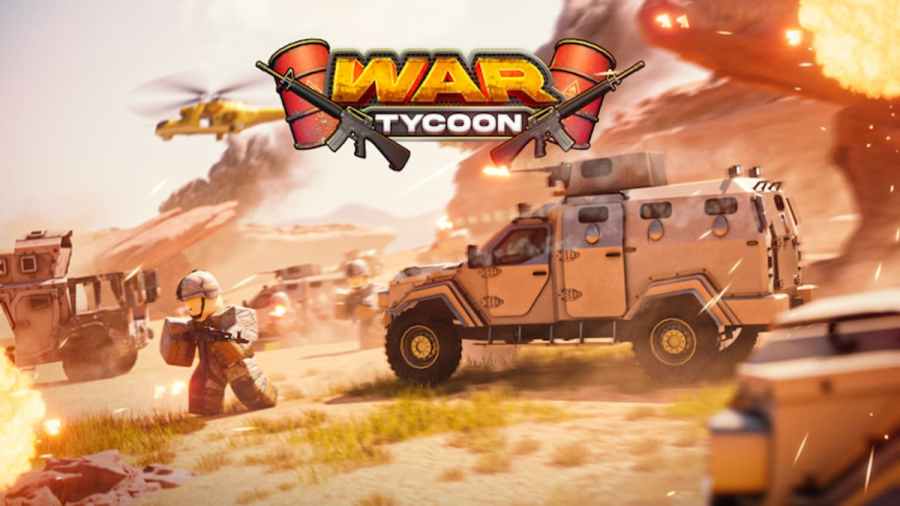 Roblox War Tycoon is half tycoon game, half FPS. Set up your oil drills to earn a steady income, then build up your walls to help defend your base. Buy guns to arm yourself, then head out to capture resources and strategic bases. The more you earn and capture, the more you can improve your arsenal to include drones and vehicles.

War Tycoon codes often give you free Cash in-game to help build up your base and arsenal of vehicles and weapons. But they can also give you exclusive weapons and limited-time Cash boosters.

War is hell unless you have codes. We have added codes.

Here's a look at all the working War Tycoon codes.

These codes for War Tycoon no longer work.

Here’s everything you need to know regarding War Tycoon codes.

How to redeem War Tycoon codes

Redeeming codes for free rewards in War Tycoon is easy.

How can you get more War Tycoon codes?

We send our grunts to track down and capture new War Tycoon codes regularly. But if you want to scout out your own, start by joining the Green Titans Entertainment Roblox Group. For more potential code targets, head to the KizmoTek Discord Server and follow @WarTycoonRBLX on Twitter.

The first thing to do is check the War Tycoon code closely, as you may have made a typo. The most common causes of this are mistaking a letter for a number or using the wrong capitalization. For these reasons, we highly recommend you copy and paste the codes directly from this page. If a code still doesn’t work, it may have expired. Even veteran Roblox codes catch a bullet sooner or later! Please let us know if this happens so we can update the guide and check for fresh codes soon.

How to master the helicopter in War Tycoon

You know you’ve arrived in War Tycoon when you first take your helicopter into combat. But it is no easy ride! You’ll watch other players pilot them easily, but it takes some serious practice to do well. The most important thing to do is decrease your collective. This will slow your heli down, making it much simpler to get to grips with. If you’re still going too fast, point it upwards to slow down a little. To gain altitude, press and hold E, and if you need to stop completely, press H. Also, remember to enable weapons by clicking Z.

What is War Tycoon?

War Tycoon has all the tropes you expect from a tycoon game, as you set up an ever-larger set of droppers to gain income to spend. But you are never safe, as you’re under constant threat from your opponents. Rather than being purely cosmetic, the items you buy (such as weapons and vehicles) can be used to attack your fellow players to gain strategic points and valuable resources.