Whispers of the Roblox Metaverse Champions event have ignited across Robloxia as new, unlockable characters have appeared on the Avatar Shop. Not much else is known about this mysterious event, however, one glaring question remains: What about Egg Hunt 2021?

Who are these Mysterious Metaverse Champions?

Designed and created by the Roblox company, four new epic characters have appeared on the Avatar Shop mere days after the 8th Annual Bloxy Awards. These characters are AJ Striker, the soldier through time; Fey Yoshida, the metro-planetary artist; Wren Brightblade, the great adventurer; and Sparks Kilowatt, the star of positivity. Judging by the Metaverse theme, we're under the impression that all four of these characters hail from their own universe. 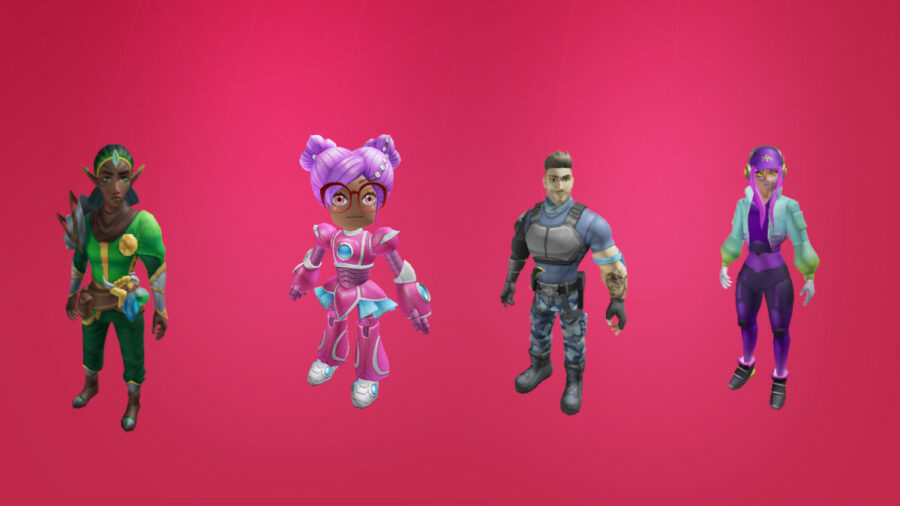 Within the Avatar Shop, each character is categorized as a Bundle—meaning that unlocking the character will award you the entire design, from Sparks Kilowatts's hair down to her left and right arm pieces. This should come as great news, as the mix 'n' match aspects of each bundle allow you to choose exactly what you want to wear.

Additionally, the characters can only be unlocked by collecting special chests, which we assume is a main goal of the event. For example, the description for AJ Striker says:

He's participated in just about every battle throughout time. His cyborg arm is a trend of the 2100s: he created and attached it himself! Earn this bundle by collecting all four of AJ’s Crate Drops, and returning to the Metaverse Champions Hub.

It appears that every player will need to collect four type of chests per character. They are as follows:

Despite all of this information, we've still got tons of questions:

But, here's what we're all still wondering:

What is the Metaverse Champions Event?

At this time of writing, we're all scratching our heads until more details are revealed.

So what about Egg Hunt 2021, indeed. With the Easter holiday right around the corner, we expected this year's Egg Hunt 2021: Into the Metaverse to have already commenced. More confusing is that many games—Brain Simulator and Fire Breathing Simulator, to name a few—appear to have launched their own Egg Hunt events. However, these recent Egg Hunts are in-game only, including the rewards for finding all of the eggs.

Easter Event is here! There are 8 Eggs hidden around the game, it's up to you to collect them to be able to obtain the Secret Pet! Head to the Easter Event portal!

This leads us to believe these individual Egg Hunts that have sprouted throughout the week do not fall in line with the Metaverse Champions event. They quite possibly might not be apart of the official Egg Hunt 2021: Into the Metaverse event, either. Of course, this is all speculation.

Is the Metaverse Champions event replacing Egg Hunt 2021? Or are these two events one in the same? We'll only know what Roblox has planned when they roll out more information.

Looking for free Roblox rewards? We've got you covered with our list of Roblox Game Codes and our Roblox Promo Codes post.

How to find the secret shadow orb in Roblox Ninja Legends 2?