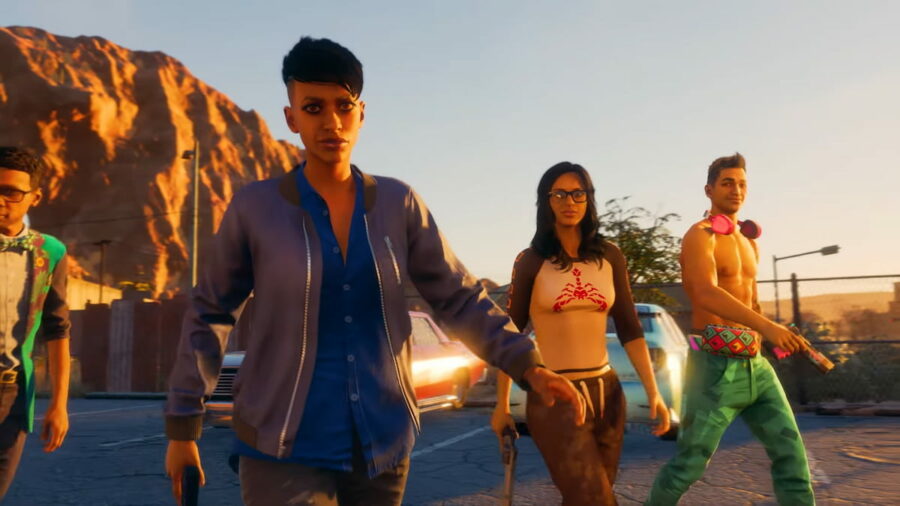 Another Saints Row trailer dropped this morning with the promise of showing off what's to be expected of the story in the upcoming title. This comes quickly on the heels of the gameplay trailer shown off last week.

The trailer comes courtesy of developer Deep Silver Volition after days of teasing it. In it, viewers are treated to several quick cuts, which hurriedly go through the roller coaster of a setup for the Saints Row reboot.

Related: Everything shown in the Saints Row Gameplay Overview Trailer

Unfortunately, there's very little of actual substance revealed in this trailer. There isn't any new information that hasn't already been presented. Instead, viewers get a jumble of action shots that barely follow anything resembling a narrative.

From what we can gather, the Saints are a small group of youths who decide one day to begin a street gang and/or branch out on their own after being betrayed by the Marshalls. After suffering a series of setbacks at the hands of rival gangs, they resolve themselves to work to the top, piece by piece.

It's not the most original story and is near identical to what we got in the original Saints series before it jumped the shark. Here's hoping this iteration can walk the fine line between gritty and goofy, making the original Saints so beloved. Until we find out, players are more than welcome to spend some time creating their perfect Boss.

Everything shown in the Saints Row Story Reveal Trailer