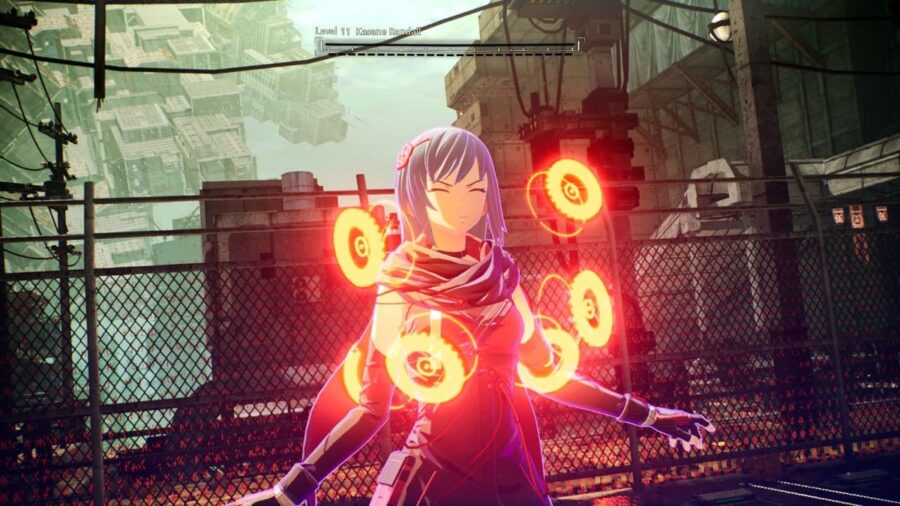 Eventually, you will find yourself in a fight with the other playable character Kasane when playing as Yuito in Scarlet Nexus. When this happens, you will be treated to a pretty tough fight, but you can win it easily if you know what you are doing.

That said, if you want to beat the fight during the training mission with Kasane, the general idea is to drain her crush bar so that you can make a brain crush attack on her.

But before you can do that, the first thing you will need to do is to dodge their knife attacks; if you don't, you can easily find yourself getting stunned locked.

The other thing you should worry about is when she starts chucking crap at you, as when it comes flying your way, you will need to dodge right as it about to hit you.

Related: How to use Brain Crush in Scarlet Nexus

Dodging like this will perform a perfect dodge and allow you to throw the crap back at her. To do this, hit either B or X at the last second and then hit RT or R2 to send the object back.

However, you will eventually need to close the distance and get a few hits in to recharge your psychokinesis. The best time to do this is when Kasane is either trying to chuck something at you or right after she does her knife attack.

So keep that in mind during the fight, but the most important thing you should note is that there is a ton of big objects that you can use to damage her by a ton.

These objects include the light posts along the edge of the parking lot, and if you want to use one of them, you will need to hold down either LT or L2. Chucking one of these at her will start a quick time event, so make sure to smash the right button, or you won't deal as much damage.