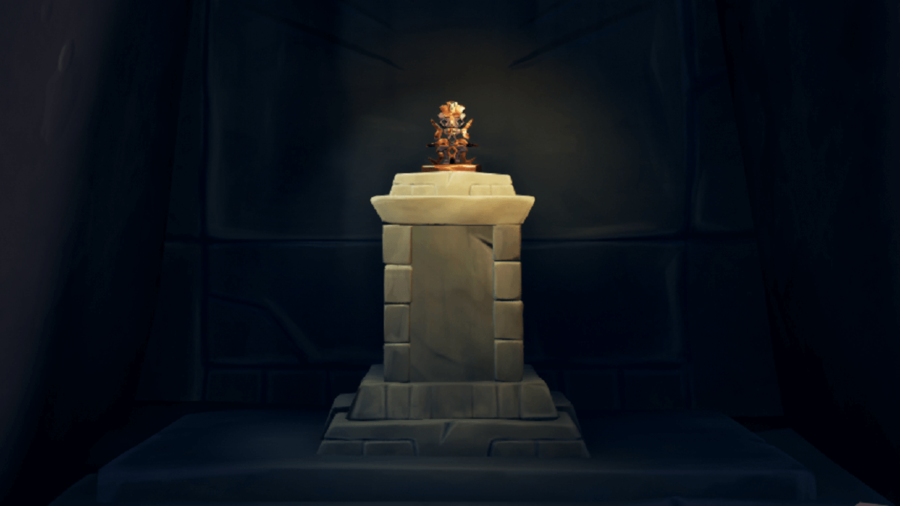 Since there is so much to cover in this Tall Tale, we have broken it down by section. If you haven't reached this part of the Tall Tale yet or you have already completed the Ancient Vault, you will be better suited to use one of the guides listed below.

SHROUDBREAKER JOURNAL LOCATIONS: Since the Journals are options, we did not include them in the main guide. If you wish to obtain them, follow the link above on Where to Find the Journal Locations. You are only able to do these while the Shroudbreaker Tall Tale is active!

If you're still reading, then you are here because you're trying to figure out where the Ancient Vault is and/or how to solve it. Since each Tall Tale randomly selects what Totem you find in the Ancient Chest, you will have to look at the list below to see which island you'll be headed to next. If you have already found the Ancient Vault, you can skip to Step Two of this guide for help solving the puzzle.

Take a close look at the Totem you've found in the Ancient Chest. It will represent one of the animals listed above. To enter the vault, you need to place the Totem on a mechanism near the door. So when you're ready, set sail to the island associated with your Totem, and follow the guide below to locate the vault!

Step One: Find the Vault on the Island

Since you could be on one of six islands, we will provide images and instructions on reaching the Vault on each one of them. You don't need to follow this whole guide. Just scroll to the section for the island you're on, and follow the instructions from there. Once you have found the vault and placed the Totem to open it, you can skip to Step Two to solve the riddles inside. 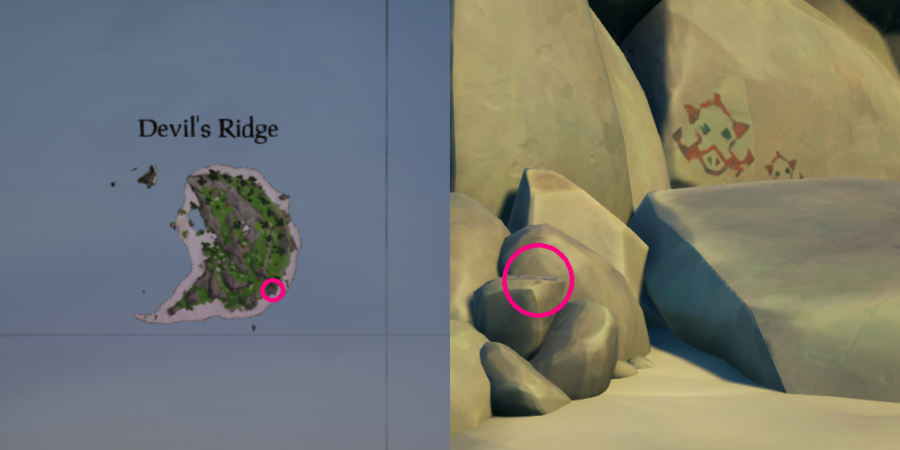 Circled in the left image above is the location of the Ancient Vault on Devil's Ridge. This is one of the easiest Vaults to access because you can park your ship off the Southeast beach and swim to the Vault Door. The mechanism to open the Vault is to the left of the door, which is painted with images of a boar. You can see exactly where to place the totem circled above on the image on the right. 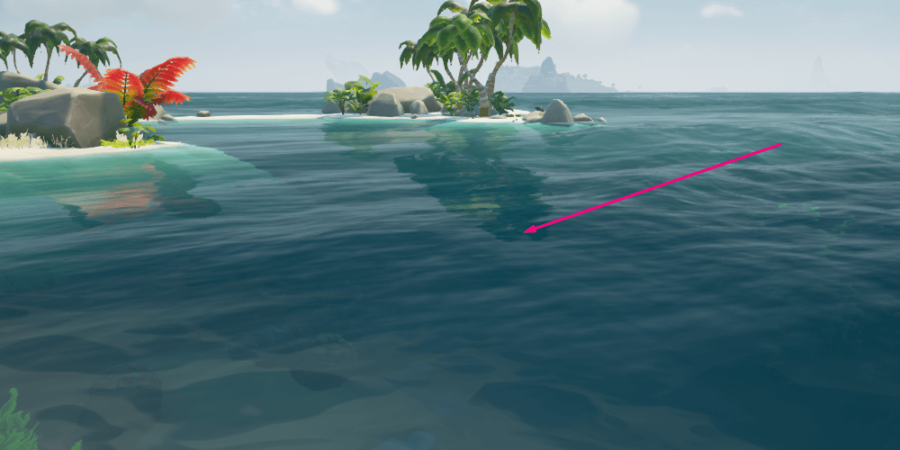 Now that you've already sailed to N13 Island to find the Magpie's Wing Ship's Log, you'll thankfully be able to find it. However, this is still considered one of the more difficult Vaults to find because you have to swim to find the underwater tunnel in which it is located. The image above shows you where to find the entrance to the tunnel in relation to the island. When you find the tunnel, you will have to swim through it to reach the Vault. This is somewhat of a long swim, so we recommend going up for air once you find it to ensure that you'll hold your breath long enough to get through it. 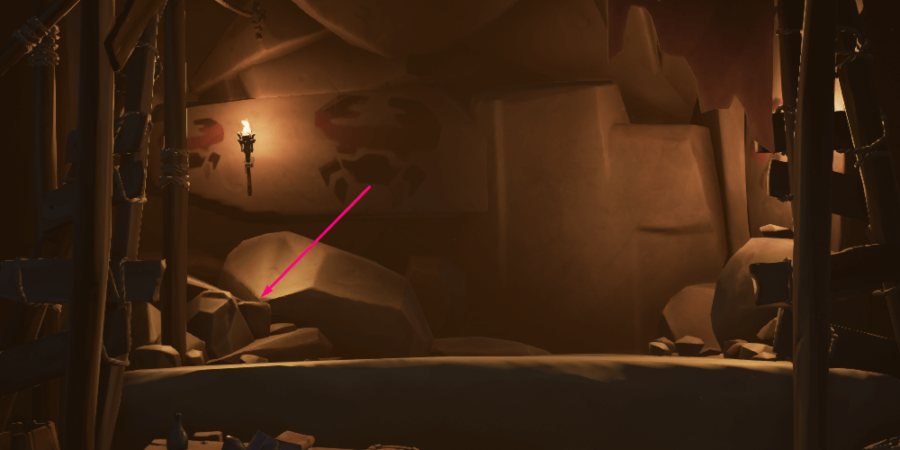 The Vault door has crabs painted next to it. If you look at the crabs painted to the left of the door, you will see a torch hanging between them. Look down from this torch, and you will find a difficult-to-spot mechanism on which you need to place your Totem. If you are having trouble finding it, you can use the image above for guidance. 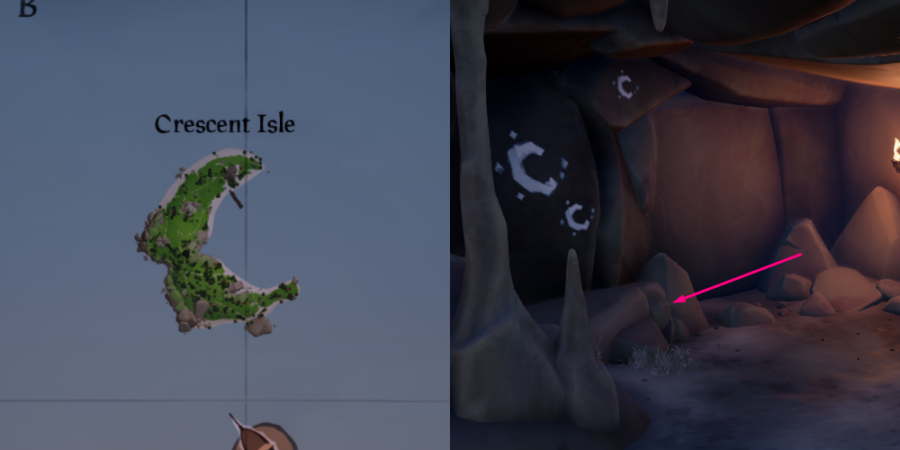 Crescent Isle has a cave system underneath its arches that lead both North and South. Thankfully, this cave system is not too complicated, making the Vault not difficult to find. The left image above shows you the approximate location of the Vault Door on the island. When you reach the island, enter the arch-way and head into the North part of the cave system. From there, you will turn right to enter the room with the door.

The image to the right above shows you the door and where you will find the mechanism to place your Totem. Since the cave is dark, it may be hard to spot. It is on a rock beneath the moon paintings, directly to the left of the Vault door. 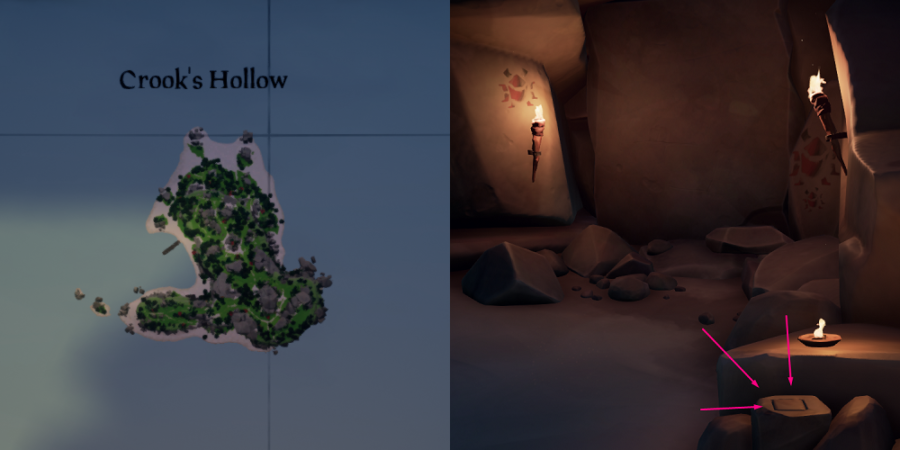 To reach this vault, we recommend approaching the island from the Eastside. Park your ship outside the waterfall on the Southeast section, and go through the waterfall into the cave. This waterfall is marked in the image on the left above. When you go through it, you will need to look to the left wall to find the Scarab paintings. This is where you will find the door to the Vault. 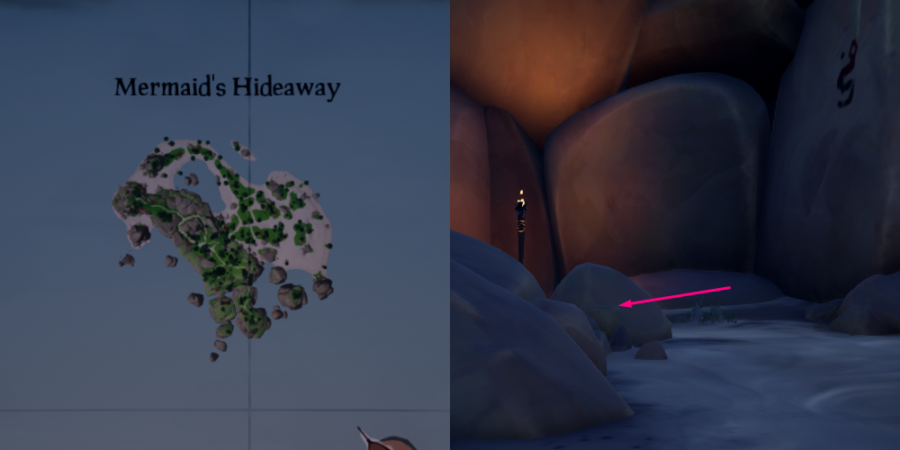 This Vault is located on the Northwestern part of the island, so we recommend circling to that side of the island when you approach it. When you park your boat and step onto the island, you'll notice a large archway. The image on the left above shows you where to find the archway.

Once you find the archway, you'll notice the mechanism to open the door is on the Western side of it. This is shown in the image on the right above. This mechanism is not hidden at all, so it is easy to spot as you approach it. When you place the Totem on the mechanism, it will open the Vault door on the East side of the archway. 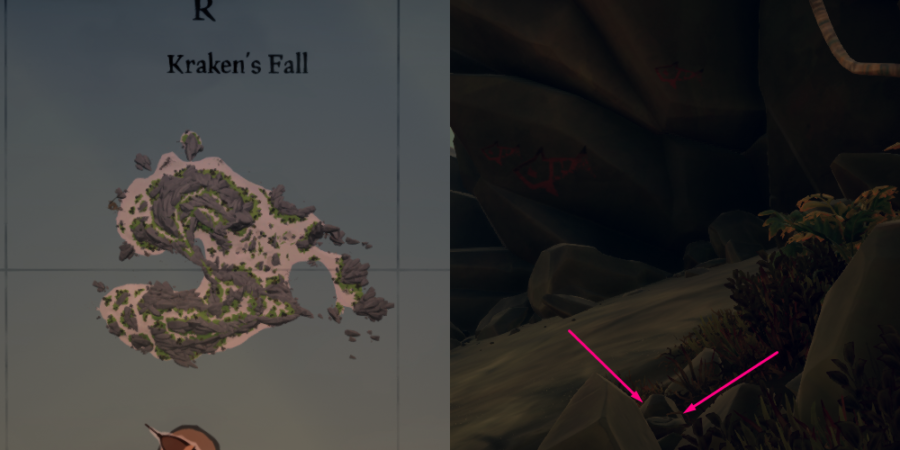 To find this Vault, you'll need to head to the large archway that goes over the nook in the middle of the map. To easily access this area, we recommend parking your ship on the West side of the island and swimming to shore from there. You will see the archway hovering above you. You will find paintings of sharks at the base of it, which is where the Vault door is located.

Shown above, on the image to the left are the approximate locations of the Vault door and the mechanism to open it. The mechanism is not easily found and, unlike the other vaults, not right next to the door. You will need to look on the rocks on the beach nearby. The image on the right above shows you where the mechanism location is in relation to the Vault door.

When you have entered the Ancient Vault, you will see a large altar with four braziers. Do not light the braziers yet. Instead, take a look at the Tall Tale book's final page, as it contains the clues you need to solve the Vault's puzzle. There are two possible puzzles that you may have, and you'll be able to tell which you have by looking at this page.

The image above shows you what the book will look like if this is the puzzle you need to complete. It will have three rows of symbols, with each row containing four symbols. In the room with the Altar, you will notice four pillars against the walls with symbols on them. You can rotate these pillars when you begin the puzzle.

Now that you know where to look, you are ready to begin the puzzle in the Vault. To start it, light the four braziers. You'll notice that the room has begun to fill with water, and now is the time to work quickly to solve the puzzles!

Referencing your book, turn the pillars to match the symbols listed on the page, starting with the top row and working your way down. You must do the rows from top to bottom and turn the pillars to match the symbols from left to right. Once you finish one row, quickly move to the Altar and press the button in the center to start the next row! Upon completing each row, the water will stop filling the room, and you'll have completed the puzzle!

This puzzle is a bit trickier to understand than the first one but only requires some basic math. The image above shows you what the book will look like if this is the puzzle you need to complete. It will have three rows of symbols, and the number of symbols in each row will vary. Pay close attention to the order of the symbols and the quantity of each symbol.

When you turn the pillars to match what's in the book, you'll have to quickly move to the Altar to press the button and start the next row of symbols. You must do this three times before water fills the room, starting when you activate the Altar. To activate the altar, light the four braziers. Now, quickly solve the puzzle before you drown!

Once you have found the Vault and completed the puzzle, it will be time to move on to the next part of the guide. Let's head there now and Find the Medallions!

Need help with fishing? Check out our guides on How to Catch and Sell Fish, or our guide for Fish Prices and Cooking Times!