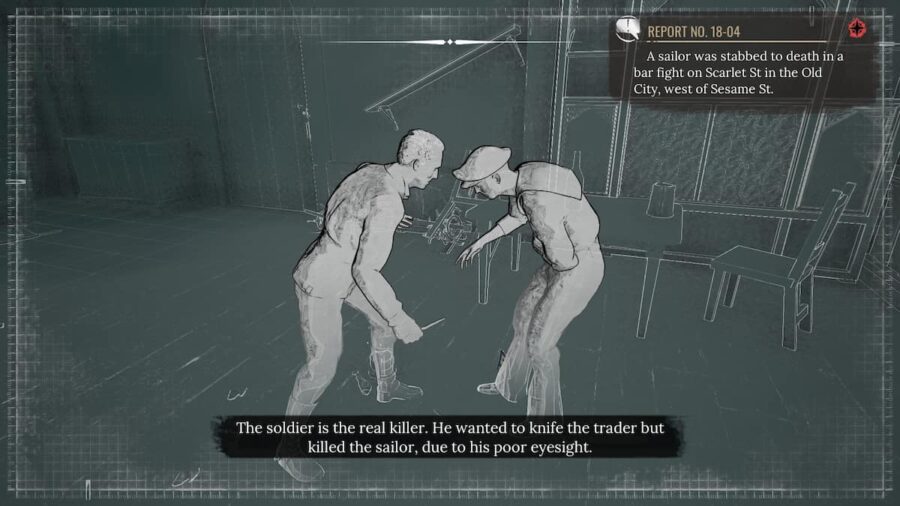 Early in Sherlock Holmes Chapter One, you'll be able to start solving side cases for the Cordona PD by grabbing an available case off the board in the front hall of the station. One of the first such Police Cases is The Collie Shangles, which involves you solving a murder that started as a bar fight.

Featured: How to solve The Hand-Me-Down Case in Sherlock Holmes Chapter One

To begin, pin the clue Report No. 18-04 and find the scene of the crime—a bar named the Golden Eel on Scarlet St in Old City, just to the west of Sesame St.

Upon entering, you'll find that the police have conveniently numbered the evidence on the floor from one to five. Scan the relatively small room at each evidence marker and investigate the clues. After you've visited all five, a node will appear in the room, allowing you to reconstruct the scene.

Interact with the node to begin the reconstruction sequence. Begin at evidence marker one and arrange the scene as follows:

After Sherlock automatically deduces the killer, return to the Cordona Police Station and speak with the Officer at the front desk to report your findings and conclude this case.