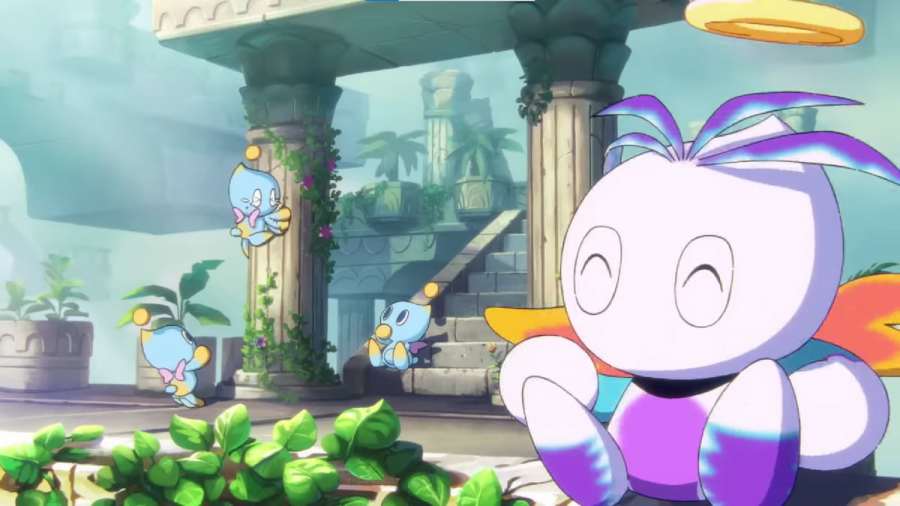 Chao were introduced to the world of Sonic in Sonic Adventure, but their most iconic appearance came in the sequel. The Chao Garden feature of Sonic Adventure 2 was a fan favorite, but it has never returned to the franchise. Unfortunately, Sonic Frontiers hasn't solved that issue.

Takashi Iizuka, the producer of Sonic Frontiers confirmed in an interview in July that the Chao Garden would not appear in the new game. Though the primary way to interact with the characters is missing, the Chao have some tangential presence in the game.

Related: What is the Egg Memo used for in Sonic Frontiers

Sonic does have a single line of dialogue that directly references the Chao Garden concept. He wonders aloud whether Kronos Island is the right climate for the lovable blue creatures.

The Chao also made a brief appearance in the prologue video that came out before the game. That prologue depicts Knuckles on Angel Island, the traditional home of the Chao. This strongly implies that there are no Chao on the Starfall Islands of Sonic Frontiers, but they're all still alive and well on their home island.

You could argue that Sonic Frontiers' Kocos could be the game's answer to the Chao. They even look quite alike. Though there's no garden to play in, the Chao are still out there, so fans can still dream.

Does Sonic Frontiers have Chao?