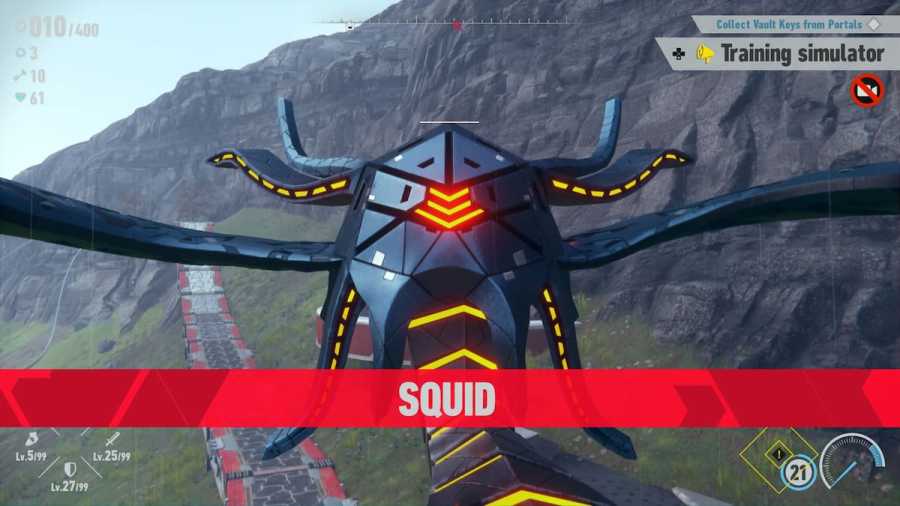 Sonic Frontiers has completely revamped the combat system of the franchise with tons of interesting new elements. The game gets to stretch its legs in encounters with mini-bosses, like the giant long-tailed monster Squid.

Squid can be seen floating high in the air, followed by a massive glowing purple trail. To start the encounter with the massive beast, you'll have to head to the map area marked by the red crossed swords icon. When Squid can be seen overhead, wait patiently, its brief cutscene must play before you can engage.

Related: What are Purple Coins used for in Sonic Frontiers

Squid will fly in front of Sonic, leaving its long trail behind it. The fight takes place in two stages:

Once you make it onto Squid's tail, the game takes on the qualities of an endless runner. You don't have to worry about falling off, Sonic will follow the trail without error. You do have to worry about the projectiles Squid will send towards you. The tail has three lanes, dodge between them to avoid his projectiles. Use boost to close the gap and bring Sonic into attacking range.

Once you've hit Squid with a homing attack, the next phase of the fight can begin. Squid only has one melee attack, which it telegraphs by crossing its limbs. Its other defense is a protective shield, which prevents you from easily spamming projectiles. Avoid the attack by dodging and pummeling its head when it isn't defended. You can parry its projectile attacks to deal easy damage when not running.

Squid is a fun enemy in Sonic Frontiers. Squid allows players to enjoy the classic high-speed platforming element and the revamped new combat in a single encounter.

Sonic Frontiers: How to beat Squid