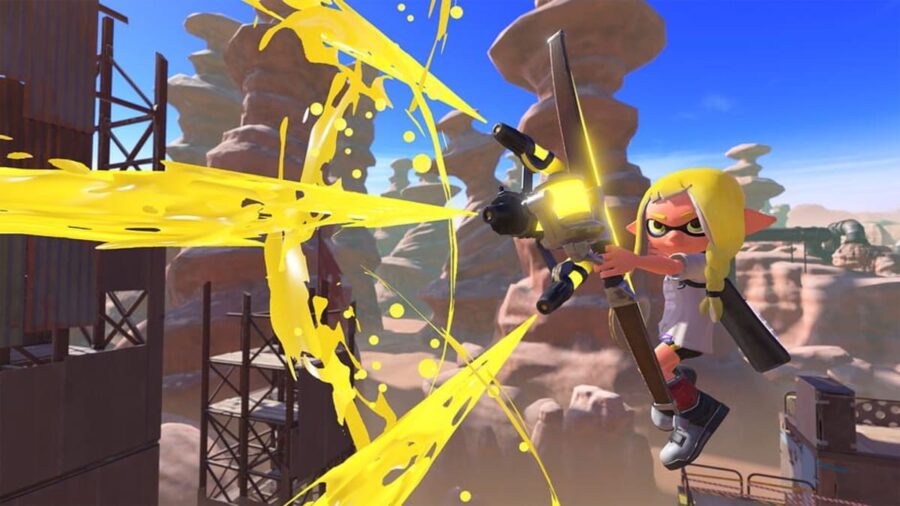 When painting enemies and terrain as quickly and explosively as possible, there are plenty of avenues to explore in Splatoon 3. However, your play style and favorite specials in Splatoon 3 will most likely determine the most effective form of paint-based punishment you will dole out. With that in mind, here are some of the best weapons for PVP in Splatoon 3.

Best Weapons for PVP in Splatoon 3

Another roller-type weapon, the Octobrush lacks range of any sort but readily makes up for this with its incredible ink speed and handling. Pairing it with the new Zipcaster weapon pushes the speed envelope even further since now you'll be able to grapple across the battlefield. Many players also pair it with the Suction Bomb, but this can be a tough weapon to utilize due to its slow countdown before the explosion.

Moving on from melee-range rollers, the Aerospray MG is a shooter class weapon with a fast fire rate and a solid, effective range. Its best combat range is close to the medium area due to its inaccuracy over longer ranges and its fire rate that decimates at close range. Roller weapon matchups are a breeze with this weapon as long as you keep your distance, making the Aerospray a very effective weapon. The explosive Fizzy Bomb and the deadly and mobile Reefslider help supplement the Aerospray's lack of range and AoE.

The shooter-type N-Zap 85's only major downsides are its effective range and late acquisition since you must be level 6 to obtain it. However, once you have this deadly weapon in your hands, the wait will have been worth it. With an incredibly fast rate of fire, the weapon excels at close to medium range, like the Aerospray, but many players have claimed this weapon to be the better of the two. Many players use the Tacticooler with this weapon to help their teammates and supplement their offense with the Suction Bomb.

Part of the Splatana class of weapons, the Splatana Wiper is an incredibly unique weapon. While it is technically a melee weapon that deals massive damage at close range, it also launches lines of paint with its slashes. These lines can travel far and extremely fast, making them a legitimate ranged threat. However, connecting a hit can be a challenge with the weapon, so players typically supplement it with the guided Torpedo weapon along with the massive Ultra Stamp for AoE attacks.

A shooter-type weapon, the Splattershot is an all-around ranged weapon that doesn't excel in any particular way. However, the best version of a jack-of-all-trades weapon sports above-average stats in all categories. It is an everyman weapon that is easy to learn and master, making it effective at all skill levels. However, the things it does lack are long-range capability and AoE, but the Suction Bomb and the Trizooka easily cover these.

Best Weapons for PVP in Splatoon 3