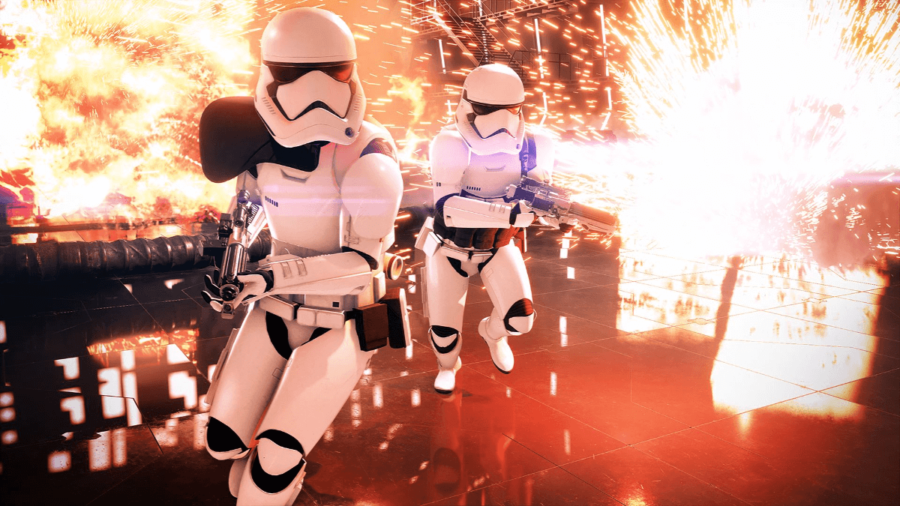 How to play split-screen co-op in Starwars Battlefront 2

To play split-screen co-op in Starwars Battlefront 2, you need to be on playing on a Playstation or Xbox console and select arcade mode; the feature is not present on the PC release.

After clicking arcade mode, you will then need to click either co-op or versus mode; both are multiplayer modes within the arcade mode option that will allow you to play split-screen co-op with a friend.

Along with this, you can also play battle scenarios, which are essentially situations pluck straight from the films to recreate, relive, and play. As a side note, the split-screen coop is only available inside the arcade mode; this means you will not be able to co-op the story campaign or play online with other players.

Related: Are Star Wars Battlefront 2 Servers down? Here's how to check

Moving on, with verus mode, it's more or less your standard mp mode, but it will let you play against your friend with you and them on separate teams.

You will also be able to customize everything about your session in versus mode, from the map to the bot and team sizes. Then with the co-op mode, it's pretty much the same deal, but instead of beating your friend up, you are both on the same team vs AI.

How to unlock characters in Star Wars Battlefront 2

Are Star Wars Battlefront 2 Servers down? Here’s how to check