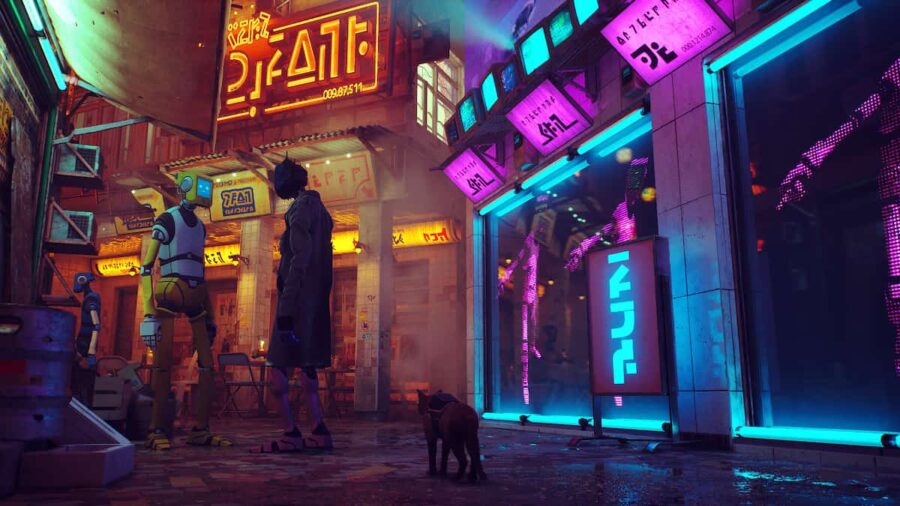 Developer BlueTwelve Studio's Stray has been one of the most highly anticipated games and finally received some noteworthy news during the June State of Play Livestream. Here is what we know about Stray.

Everything we know about Stray

What is the release date for Stray?

Stray will release on July 19, 2022. You can follow the official Stray Twitter to stay up to date and find more information on the upcoming cat stealth game. In the meantime, study up and get ready to become the most sneaky cat.

What platforms is Stray coming to?

Stray will release on PlayStation 4, PlayStation 5, and PC. No word has been announced about a release on Xbox. This means you will need to have one of these platforms if you want to play Stray.

Related: Is The Lord of the Rings: Gollum a stealth game?

Is Stray a stealth game?

Stray is a unique take on the stealth genre. You play as a stray cat who must navigate a long-forgotten cyberpunk city to find its way home. You must avoid detection from the various threats and make it out of the city with the help of a friendly drone called B12.

Stray released a release date and new trailer during the PlayStation State of Play Livestream on June 2, 2022. You can check it out on PlayStation's official YouTube channel.

For more information on gaming, check out How to kill Richter using a stealth takedown in Sniper Elite 5 and How to sneak in Aragami 2 – Best stealth ablities on Pro Game Guides.

What is Stray? Release date, cat stealth, and more!