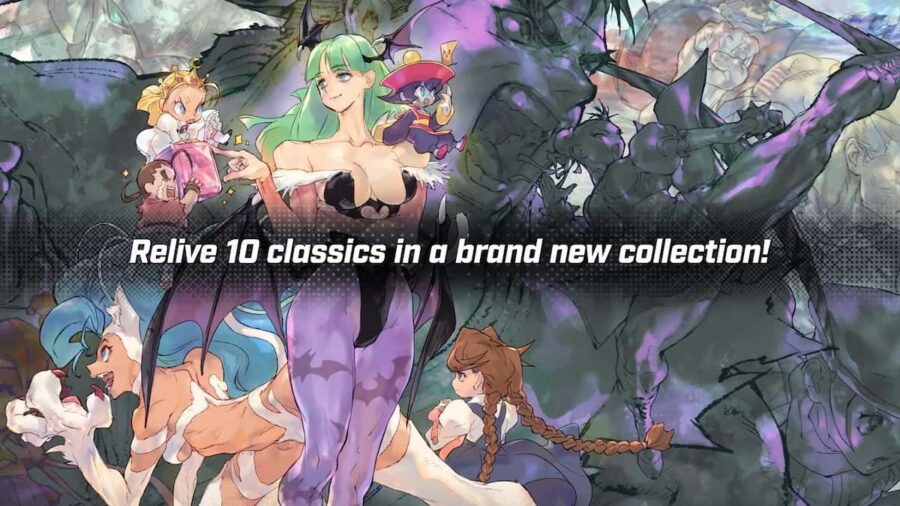 The Capcom Fighting Collection was announced on Feb. 20, 2022 and unveiled the fact that 10 classic Capcom fighting games would be gaining a new lease of life. 10 games, some never released outside of Japan, or with no support since the original PlayStation, will finally gain netplay on PS4, Nintendo Switch, Xbox One, and Steam.

But if you’re unfamiliar with these games, you may be wondering why you should care? Well below we’ve run down all the games in the Capcom Fighting Collection, and what to expect from them.

The first game in the Darkstalkers series, Darkstalkers was a pioneering game in many ways as it helped develop some of the modern Street Fighter’s supers system. It was also one of the first fighting games to feature more radically unique and monstrous characters.

The second game in the Darkstalkers franchise, sometimes known as Darkstalkers 2, this game is known for its beautiful animation and stylish character design. With two types of supers in this game, it’s thought to have inspired some of the later designs in games like Street Fighter Alpha.

Vampire Savior - The Lord of Vampire

Technically the third Darkstalkers game, and sometimes called Darkstalkers 3, this and Vampire Hunter 2 and Vampire Savior 2 are all sometimes lumped together under that title. This game introduced the Dark Force system, a unique special system that deals unhealable damage.

Released simultaneously to Vampire Savior 2, this was a Japan-only Arcade release. Elements of it were eventually included on a PS1 port of Darkstalkers 3. It features fewer characters than Vampire Savior 2, but the same fast-paced gameplay.

Vampire Savior 2 - The Lord of Vampire

Released simultaneously with Vampire Hunter 2, this was a Japan-only Arcade release. Similarly, elements of it were eventually included on a PS1 port of Darkstalkers 3. Mechanically exactly the same as Vampire Hunter 2.

Super Gem Fighter is a unique chibi-art-style game that features both Street Fighter and Darkstalkers characters. It uses a much-simplified battle system, and the aim isn’t just to defeat your opponent but gather gems.

The definitive version of Puzzle Fighter, Super Puzzle Fighter II Turbo is more Tetris or Puyo than Fighting Game. But that doesn’t stop it from being an incredible game. Definitely try this one when it comes out if you haven’t

A fantasy-based fighting game with monsters, knights, and ninjas. This game never took off as a series, but is still an interesting snapshot of the time, and definitely inspired later titles.

Can't wait to get your hands on these? For more Fighting game information and guides, check out the Best Fighting Games of 2021 on Pro Game Guides.

Capcom Fighting Collection – All games and what to expect