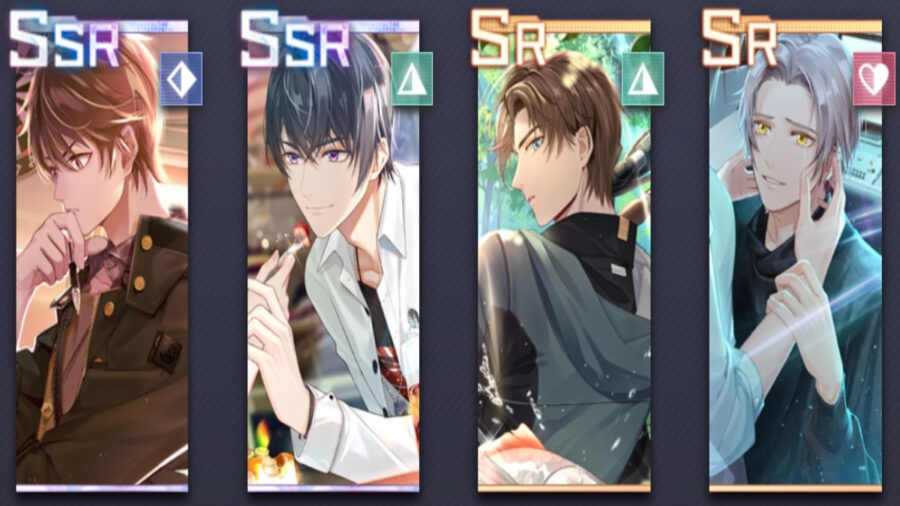 In Tears of Themis, Visions will manifest as Character Cards that players will need to win debates and progress in the game. There are three attributes that have interrelated dynamics; Logic, (Blue) Empathy, (Red) and Intuition (Green). Each Vision represents the four leading males in the game and are tiered as R, SR and SSR; Rare, Super Rare and Super Super Rare.

All SSR and SR Cards in Tears of Themis

SSR Cards are the most difficult to obtain in the game and are the most powerful, SR Cards can be obtained frequently and R Cards are the easiest to come by. One Tear of Themis reward will give players one Vision, or players can trade 10 ToT rewards for 10 Visions; but the more players spend with each draw, will guarantee them a higher chance to draw SR and SSR Character Cards. Here's a list of all SSR and SR Cards in Tears of Themis.

New players can receive one SSR Card, within the first 30 Visions and after that first SSR Card is collected, the guarantee count will reset to 100. These Super Super Rare Cards will have the ultimate attack power, when played correctly. Players can obtain Visions at Shadows of Themis, where they can purchase Mall packs with real-world or in-game currencies.

One SR Card is also guaranteed to new players within 10 Visions and is also reset to 100 after the first SR Card is drawn. The Dazzling Summer Shadows of Themis Event and others like it, increases the draw rates for designated cards, while the events are active.