Myx (#056) is a Crystal / Mental type species of Temtem. It has the possibility of having Puppet Master / Rejuvenate Traits. It gives you SPATK +3 when you defeat it in battle!

The oldest written records in Tucma indicate religious awe of Myx, considered to be embodiments of the "dark spirits". Some were considered to be celestial emissaries of Highabove, some evil messengers of Downbelow... but all were feared. With good reason.

Strength and weaknesses are based upon how much damage Myx takes from each type. Learn more about Type Matchups. 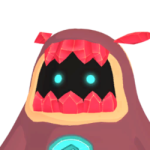 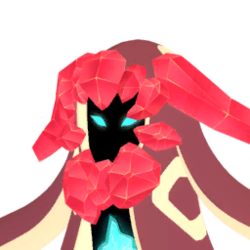