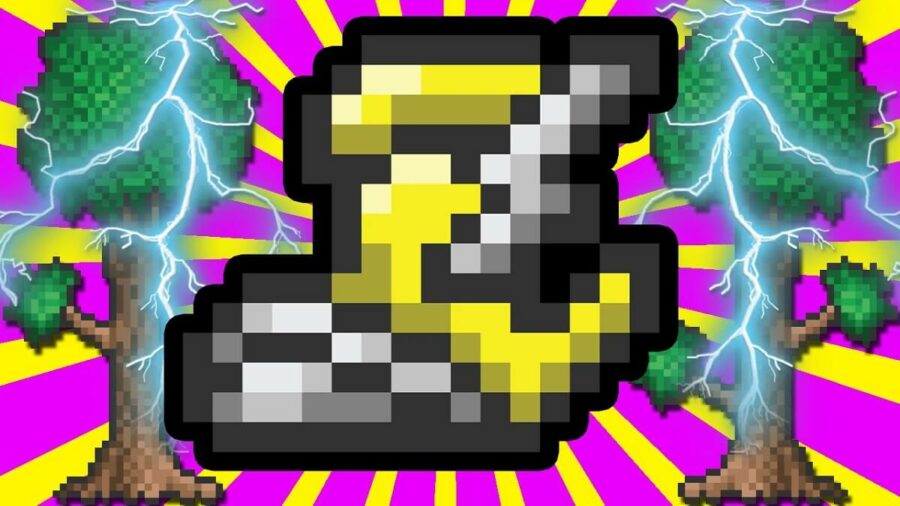 Terraria has a special place in our hearts as gamers because the developer is so dedicated to his fans. What started as a side-scrolling knock-off of Minecraft quickly became a full-fledged game packed with shiny new content. Some of this content that made the game more fun was the newer, better, flightier boots!

We've got the list! We used them and perused them and have come up with a list of three pairs of boots that outshine the rest, with one pair, in particular, topping them all. Read below to see which ones are the best for your Terrarian travels.

First up on our list are the Hellfire Treads. They show up before the last list item we have, and until you craft that one, these are an absolute necessity for the late game. They allow the following crucial benefits for defeating some of the more challenging bosses in the game.

The Hellfire Treads are some of the most convenient boots in the game because you can use them to access areas that are otherwise extremely difficult to reach. Here are some additional helpful tips and tricks for using these hot boots.

These boots definitely add spark to your game. They show a snazzy particle effect similar to snow clouds. Not only are they aesthetically pleasing they also provide the following benefits to your character's abilities.

The flight ability has a limited time span, but that could quite honestly be the difference between life and death, especially once you enter Hard Mode. Compared to their convenience-oriented counterpart Hellfire Treads, the Frostspark boots add a bit of style to your game and give you the ability to perform some neat acrobatic tricks.

Here are some additional helpful information about Terrasparks:

We'll end this guide with an interesting fact. Originally, the developer didn't want to implement the Terraspark Boots because he believed they were two overpowered. Eventually, fans pestered him enough to convince him to bring them into the game. He still thinks they're overpowered.

We have some helpful guides that will get you started in your Stardew Valley world! Use this guide to get all the NPCs. Maybe you need help making your bed?

How to Defeat All Bosses in Terraria

How to Make a Sawmill in Terraria

Terraria: How to Fish in Lava