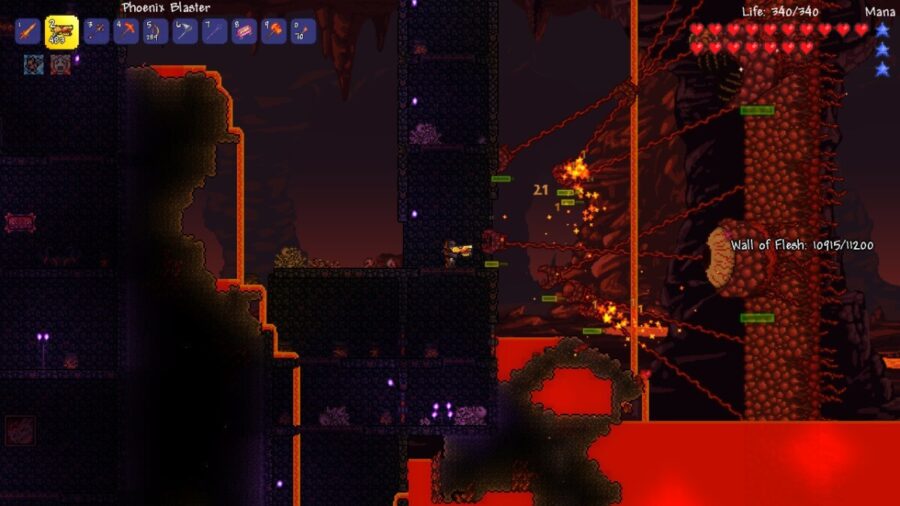 Music Packs are a new addition to the roster of mods currently on Terraria's Steam Workshop, and in this list, we will show some of the best on the workshop.

The following are some of the best music packs for Terraria that are currently on Steam. That said, before we begin with the list, let us first, as always, advise you to read descriptions before downloading any mods.

Along with this, downloading mods is at your own risk, so make sure to read as some mods can crash your game or are incompatible with others. With that out of the way, here are some of the best music packs we could find for Terraria.

This mod adds over 89 tracks from the hit game Hat In Time, so if you are a fan of that game, why not give it a try!

Doom Eternal Boss Music Pack, adds some of the bombastic tracks from the hit Doom squeal to 2016's Doom to Terraria. So if you are in the mood for some heavy metal, here's the pack for you.

Terraria Overhaul Music Pack is a music pack that replaces a lot of the existing ones with a new soundtrack. We recommend visiting the creator's youtube to get a taste of what to expect from this mod.

If you are Halo fan, you might like this Halo Music Pack by mod creator MagicHutch, as it adds and replaces the soundtrack of Terraria with that of Halo.

The next music pack on our list is a mod that adds the music discs of Minecraft to the game. So if you are a fan of Minecraft music, you will probably enjoy this pack.

With the Payday 2 Music Pack downloaded, you will be able to enjoy various tracks in Terraria - this pack will also replace the base game music, so only download if you are okay with that.

Next up is a cool pack, that adds the sounds of the old but classic MMO RuneScape to the 2d world of Terraria. These tracks will also replace base music, so again only download if you are fine with that.

Last but not least is the Diablo music pack, which adds the disturbing and melancholy sounds of the first Diablo game to Terraria. We highly recommend checking this one out, as it is guaranteed to make your game more atmospheric

For more on Terraria, we at PGG have you covered with a Ton of guides like How to get Ectoplasm in Terraria and Best Boots in Terraria.