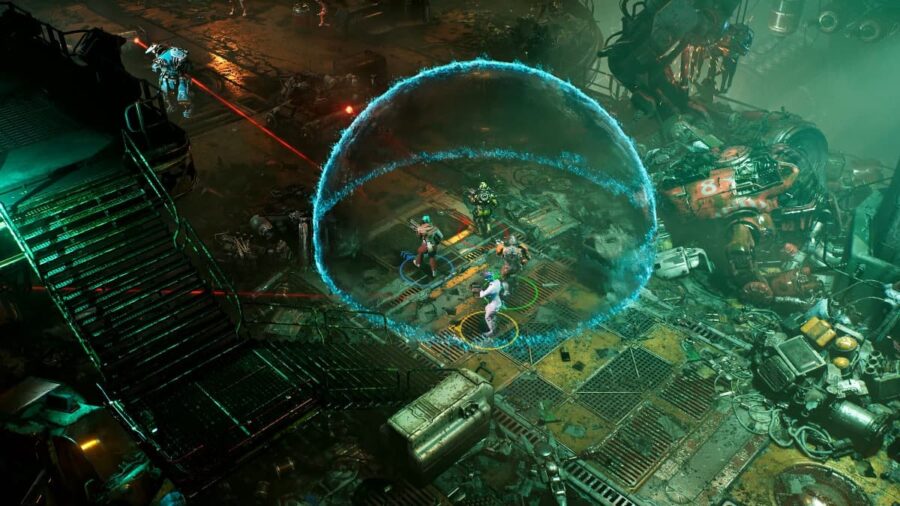 If you are wondering how long The Ascent will take to beat, there is no exact amount of time confirmed at the time of writing. However, it was stated by the developers, among other things, in an interview at Wccftech.com, that the game's primary missions would take around 15 to 20 to complete.

Combined with the fact that the game will feature plenty of side content, boss battles, and mini-bosses, That time frame could start looking like something around 40 to 50 hours of playtime.

The Ascent also plans to have numerous random encounters and secrets for plays to find while playing the game.

Along with this, there will also be treasures and codex entries players can find and unlock. That said, all of this combined with the boss battles could potentially also increase total playtime.

Related: Does The Ascent support cross-play?

Of course, this time could be further increased and vary due to playstyles and how long someone plays the game.

But overall, we feel 50 hours would be an appropriate estimate of, on average how long the game will take to beat.

That said, The Ascent will launch this month on July 29th, 2021. Along with this, the game will also launch on Xbox series X/S and PC.

Players can also expect Ascent to have full crossplay support, and the game will launch on the Xbox Game Pass at launch.

Check out some of our other articles on The Ascent!

Will the Ascent be on the Xbox Game Pass at launch?

Does The Ascent support cross-play?

What is the release date for The Ascent?