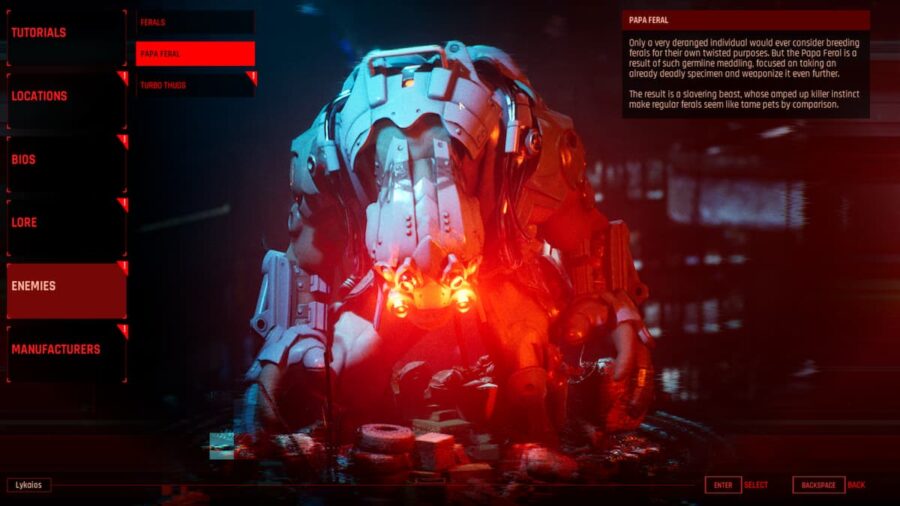 The first big bad boss enemy you come to will be Papa Feral. This boss is fought not long into the game as you enter the Waste Management System. You know it's a boss because a cutscene plays.

To fight this boss, you have to keep moving and evading, avoiding Papa Feral and all the other monsters at all costs. They could easily surround you and pummel you to death. He has two moves which you have to watch closely to avoid. If you don't want a swift death will occur.

He has a pouncing attacking that he'll stop moving for a few seconds before he pounces, so it's best to evade twice and get out the way as fast as possible. If hit, it'll cause a lot of damage.

Related: Can you sprint in The Ascent?

Para Ferals' second attack is firing fireballs around your location. These are indicated in the red Area of Effect circle shown as red circles. You need to evade the red circle at all costs, or damage will be taken. But he does stand still while he does this—giving you a few free shots.

Be careful if he does these two moves one after the other. The fireball AoE attack, into the pounce, as you've got nowhere to go. It's best not to be anywhere near the red circles.

With these two moves learned, kill the smaller monsters, but only to thin them out, as they will keep respawning, but only for a time. Fire everything you have a Papa Feral while moving around the arena. After he pounces, throw your tactical Shockwave Grenade, which will stun him for a limited time, allowing you to whale on him in relative peace.

Rinse and repeat, and the first boss of The Ascent is dead.