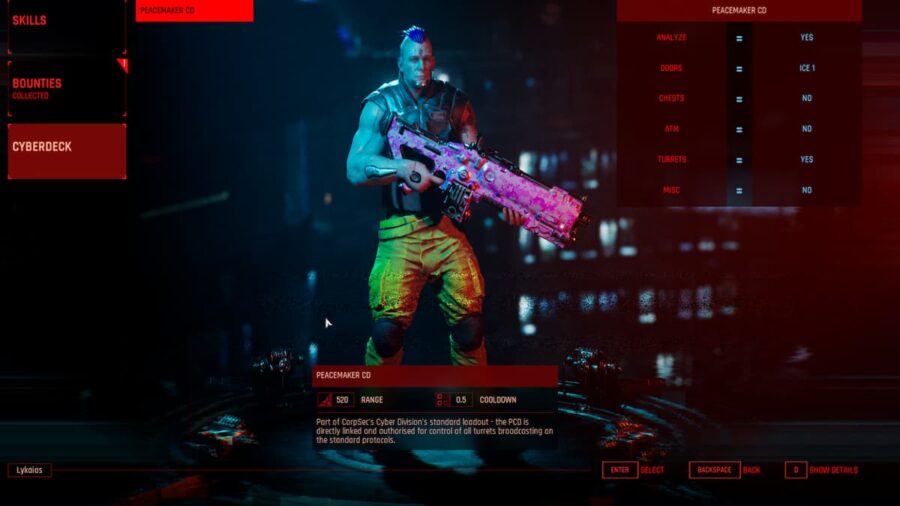 Hacking is an integral part of The Ascent as it allows you to access locked rooms and open locked chests using your Cyberdeck—basically your hacking software. This Cyberdeck will have to be upgraded to unlock the higher levels of the ICE (Intrusion Countermeasure Electronics) protecting these objects.

To upgrade, you need to find Cyberdeck upgrades scattered throughout the game's world. These are generally orange loot that can be found just by exploring. Upon finding one, it's an automatic upgrade. Nothing else needs to be done.

The Ascent uses a progression system for Cyberdecks, so no matter what one you find in any area, it'll always upgrade you to the next level. There's no chopping of choosing which one to equip.

Related: How and where to upgrade weapons in The Ascent?

There is no way to knowing if your Cyberdeck can unlock something without trying. Suppose you come across a chest that says Locked Ice - 2. You just need to keep finding upgrades until you can unlock it. It's pure trial and error.

Part of CorpSec's Cyber Division's standard loadout - the PCD is directly linked and authorised for control of all turrets broadcasting on the standard protocols.

This doesn't mean you can no hack enemy turrets. It's basically just flavor text.

The Cyberdeck Levels are as follows: