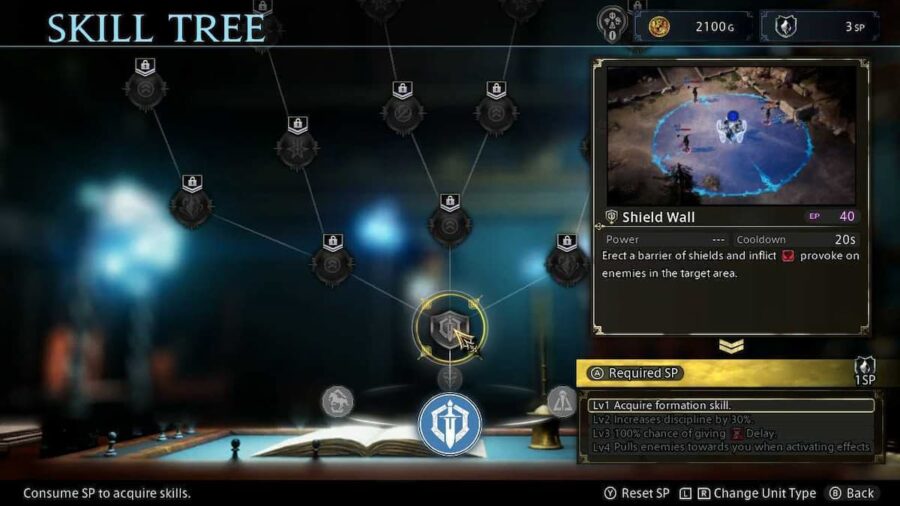 SP or skill points are resources you need to upgrade or unlock new skills in your Skill Trees. The Four Skill Trees, one for each unit type in The DioField Chronicle, share one SP pool. If you want competent units in your army, you will need a lot of SP, and here's how to get it quickly.

Can I grind for SP in The DioField Chronicle?

You can't grind for SP. SP is rewarded to you if you successfully clear optional missions that you get in your main and sub-quests (such as "allow no allies to fall in battle"). Therefore, the quickest way to earn SP is to complete the missions when prepared to take on the challenge.

Related: Should you upgrade the facility in The DioField Chronicle?

When you take the quest and the side missions seem too difficult at first, don’t stress. Just complete it! If you don’t end up clearing the missions, you can attempt it again later on in Practice Battle. The Practice Battle table is in the same room the Institute is in.

After two story-related battles, go to the Practice Battle table and redo your previous quest. If you are overleveled, you should be able to clear it quickly. If you're willing to lower the difficulty to Casual to get them easier, that's also an option.

The silver lining here is that, since units of the same type share one Skill Tree, multiple characters benefit from a single upgrade. If you mess up your SP allocation, you can reset everything with 10,000G. But since winning early battles will barely reward you with 1/10 of that amount, it’s best just to be careful about where you invest your SP.

How to get SP quickly in The DioField Chronicle