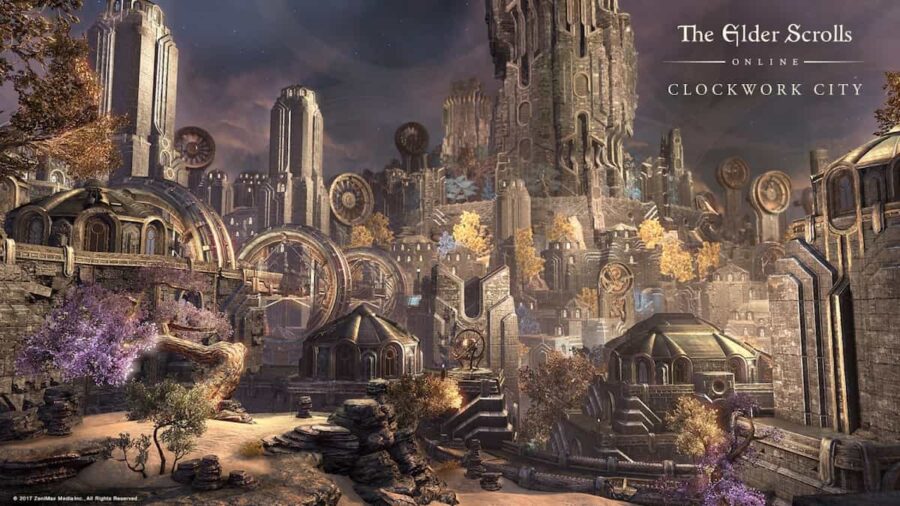 While being a smaller DLC city, Clockwork City still has three workshops with different sets that can only be made at those specific locations. The three workshops are called The Refurbishing Yard, the Pavillion of Artifice, and the Restricted Brassworks. Each is evenly spread across the city between all three. They offer the Innate Axiom, Fortified Brass, and Mechanical Acuity sets.

Traits of the Innate Axiom Set

Related: How to get Event Tickets in the Daedric War event in ESO

This workshop can be found within the walls of the Brass Fortress, on the western end. It'll be west of the skyshard in town and east of the group trial dungeon; Asylum Sanctorium.

Players can find this workshop directly south of the Clockwork Crossroads Wayshrine. It is slightly southwest of the striking locale Elegiac Replication.

For more Elder Scrolls Online content, be sure to check out All Deshaan skyshard locations in ESO on Pro Game Guides.