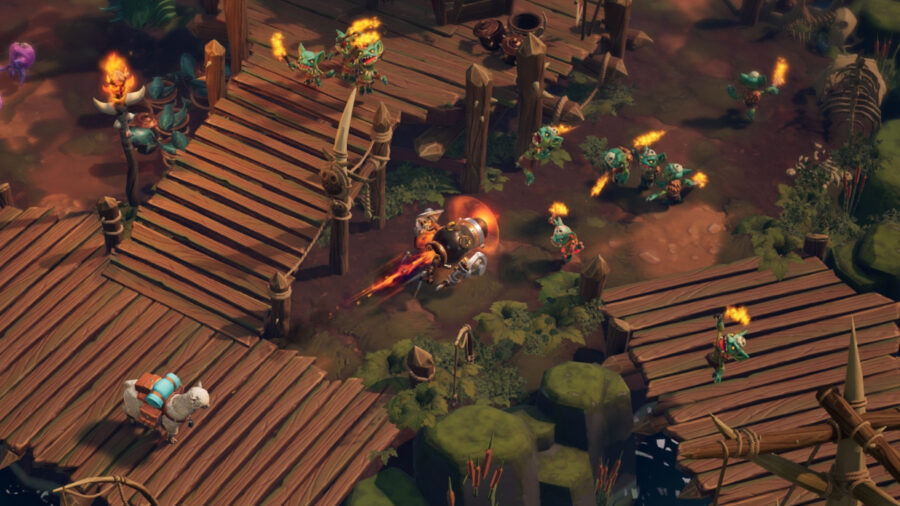 Torchlight 3 is out of early access and is now a fully released title! However, many reviews are scathing, saying it's very much a mobile game for a high cost of $40 a pop. Many changes have occurred from early access, and one of those things people were hoping that trading was one of them. As no doubt, many people can remember the days of Diablo 2, in which you could trade to get items you want for your build. Having a loot-filled game once again with a massive trading aspect is seemingly what people would have loved. Or even trading with party members would have made fans happy. So can you trade in Torchlight 3?

Sadly, even in the full release of Torchlight 3, trading is still not an option. You cannot trade with your party members; you can only sell your gear at a fixed rate depending on its rarity. If you happen to come across an item that would have been beneficial for a friend, it's pointless even telling them about it, as you cannot trade to them even if you wanted to.

There is a mailbox in the game. Couldn't you send them items like in Diablo 3 or World of Warcraft? Nope, the mailbox is specifically so players can receive mail and loot from the developers. That's it.

If trading were implanted into the game, maybe the reviews would have shift into a more favorable light; however, it's a massive element of a loot-filled game that's missing. Not even having the basic functions of co-op play nailed down is a big disappointment.

If you go onto the Steam Discussions, you'll come across countless discussions on trading and the state of the game. This is a quote from a comment user Fails made:

no trading in a looter game? who ever dropped that ball should ya know....the door?

Or even the Torchlight Reddit page, gamers are not happy with the release. Even more so, that the Enchanting Table has now been moved to End Game, the story must be completed before it is accessed.

Torchlight 3: How to enchant items

Torchlight 3: How to play with friends

Torchlight 3: How to Respec – Using Respectacles