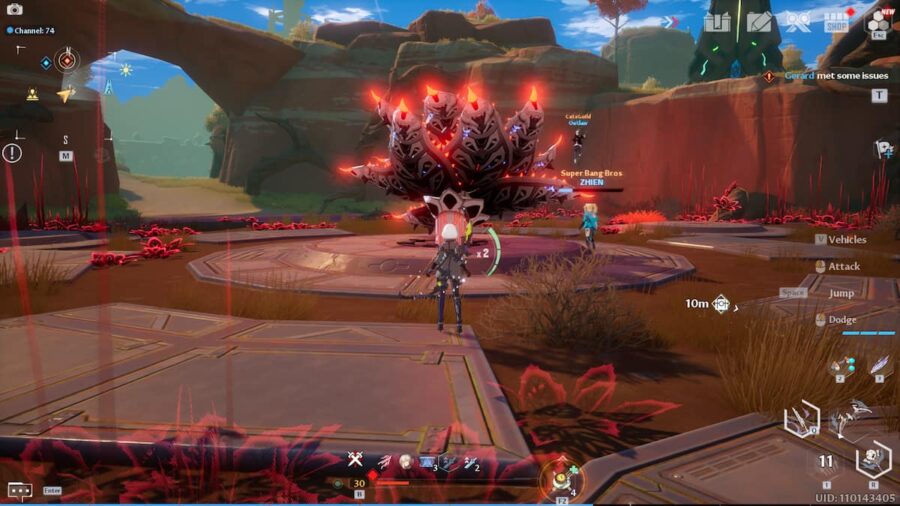 How to defeat Robarg in Tower of Fantasy

Robarg is the World Boss located in the first area of Tower of Fantasy. The World Chat will often try to get people together in order to tackle the World Bosses of the game and players can join teams or travel to other channels to join the game. When engaged in the fight, players will have to be careful of a few key attacks.

Robarg's moves tend to be telegraphed very well. Avoiding attacks will require players to avoid the red highlight on the floor that most of their attacks will show.

Related: How to switch between Relics quickly in Tower of Fantasy

How to switch Channels in Tower of Fantasy

When trying to find a group for Robarg or other World Bosses, many players will already be in a group of four people. Manually switching channels and meeting up at the same location will sometimes be the only option, rather than joining someone's Team and then teleporting to the party leader. In order to switch Channels, players just have to click or tap the Channel icon above the map and select the channel they wish to switch to. After that, they will not be able to switch Channels for 30 minutes.

How to defeat Robarg in Tower of Fantasy