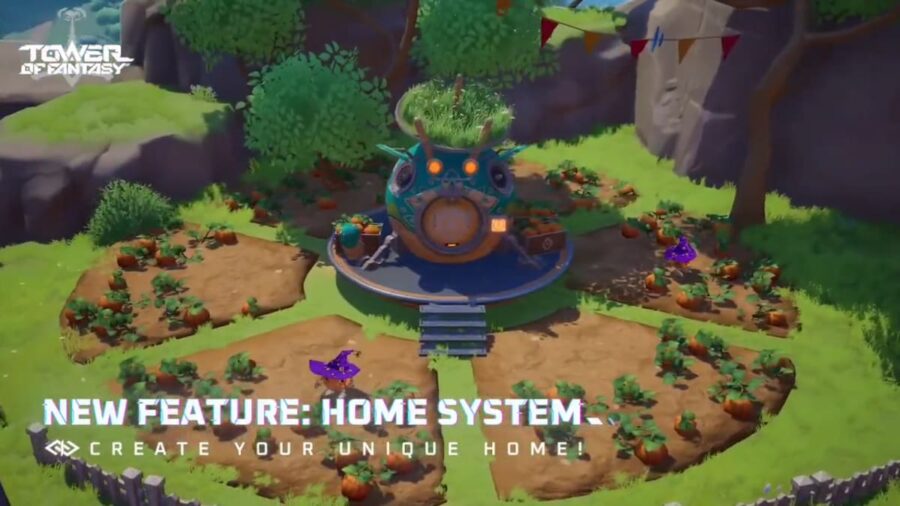 You can give MMO players a literal world to explore, and they'll always clamor for the same thing: let us build a personal home. There's just something about having a spot to call your own, and with update 1.5, Tower of Fantasy is letting weary adventurers kick up their heels on their own private island in a custom-built home that would make any craftsman envious.

To unlock housing in Tower of Fantasy, players must complete the quest requiring the exploration of 10 Dev Logs scattered about the Artificial Island. You can also access this feature at level 60 with 840 Exploration Points earned without finding any Dev Logs.

Once done, the game doesn't tell you that you can now start building upon the island. Press Esc, and a new icon will appear called Build. You must click on it and press Go to start building your home.

Related: How to get the Unicorn mount in Tower of Fantasy

Players can craft a variety of houses that can output different resources and can also utilize Smart Servants. Like many other base building/farming simulators, players will need to gather resources to build their home and give it adequate time to build. Each home can be upgraded from there, which unlocks additional features depending on the home and upgrade.

How to unlock the Home System in Tower of Fantasy