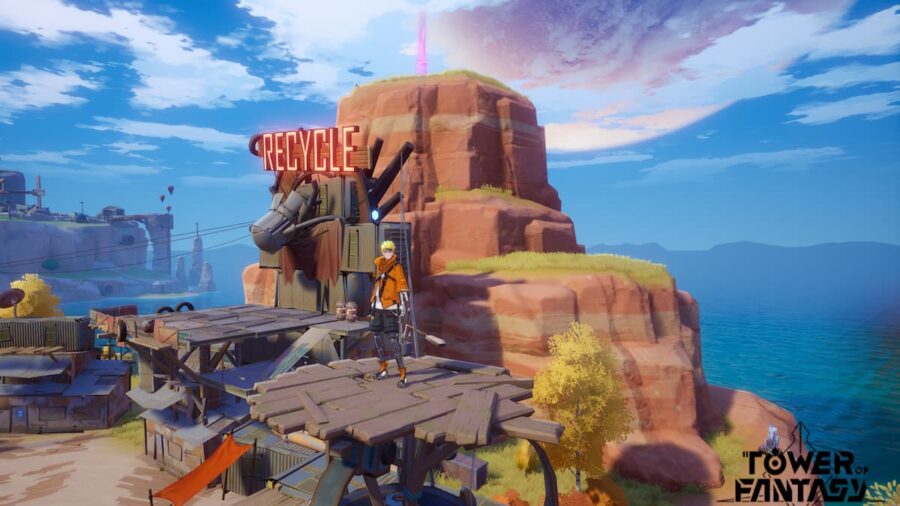 In Tower of Fantasy, players face various enemies and world bosses while exploring the map. Knowing where these enemies are located helps players to reach these areas and defeat opponents quickly. Astra is the first location players will unlock in Tower of Fantasy, and you will find around 11 bosses and one world boss in this region. You need to defeat them to earn EXP and level up in the game. Here's how you can find all the monsters in Astra in Tower of Fantasy.

All Astra monsters and boss location Tower of Fantasy

Astra is subdivided into various areas, and you need to visit them to discover all the enemy locations. The map above has all the areas where you will encounter monsters on Astra. The red circles with numbers show the respective monster locations, while the white circle marks the world boss. Robarg is the world boss on Astra, and players will find this monster at the Tomb of Thorns area in the Southern Ring Ranges on Astra.

Shroomguard - Marsha the Shroomer is located at a Small Stronghold in Northern Ring Ranges on Astra. This enemy is far west of the Ruins A-03, and you can easily reach this spot by climbing up the mountain. Shroomguard - Marsha the Shroomer is surrounded by a few Hyena Thugs and Shroomers, so we recommend defeating them first before engaging this monster.

Enom the Bullseye is located at the Small Stronghold just north of the Ruins A-03 at Northern Ring Ranges in Astra. You can unlock the Spacerift nearby to reach this enemy quickly. Enom the Bullseye is accompanied by Disciple Esselwssor and a few Hyena Thugs. You need to defeat both of these enemies at this location. It is best to isolate the enemies before taking on the stronger bosses.

Related: How to solve AI Servant puzzles in Tower of Fantasy

Deekin the Lunatic is located at a Small Stronghold north of the Ruins A-01 at the Northern Ring Ranges in Astra. Hyena Thugs surround this enemy, and there are a few ways to defeat them easily. Climb up on one of the archer towers and shoot down on the opponents with a ranged weapon like Nightingale's Feather.

Vharm the Sly is located in a Small Stronghold south of the Training Facility: Agility at the Northern Ring Ranges in Astra. You can quickly travel south from the Rusty Belt area to reach this Small Stronghold. Vharm is surrounded by a couple of Hyena Thugs, a Razor Elite, and by Disciple Esselwssor. We recommend dealing with the weaker enemies first before moving on to Vharm.

5) Udian the Masked and Wickeds

Udian the Masked is found at the Hyena Shelter's entrance, north of the Astra Omnium Tower. You will come across several Hyena Thugs in this region, and two bosses, Udian the Masked, and Wickeds. Udian the Masked has a Disciple Esselwssor nearby, so players need to be careful not to engage both enemies simultaneously. Similarly, Wickeds has a Headhunter Elite nearby, and we recommend taking them on one at a time to easily get past all the enemies quickly.

Bohm the Giant is located in a Small Stronghold located south of the Football Field region on Astra. You will find this boss at the edge of the water stream that separates the Mega Arena from the mainland. There is a Disciple Esselwssor, and a few Hyena Thugs you will encounter while fighting Bohm the Giant. Destroy the weaker enemies before engaging Bohm the Giant and the Disciple.

Bloodspine is located in the Aberrated Barrenstown region, west of the Mega Arena on Astra in Tower of Fantasy. This strong enemy is surrounded by several aberrant. You can take on them one at a time or engage them all at once. Defeat this boss and the smaller enemies quickly to move on to the next one. The Mega Arena Spacerift is located south of the Aberrated Barrenstown area. You can Transmit at this spot to find the boss easily.

Zolt is located at the Rat's Den: Sweaky area in Southern Ring Ranges on Astra. This spot is located south of Barrenstown, and you will also encounter The Vermin Brothers - Gamma Mouse Squeak at this location. Several Hyena Thugs and Elites surround Zolt, engage them one by one before fighting the boss.

The Vermin Brothers - Gamma Mouse Squeak is also located at Rat's Den: Sweaky, and you will find this boss at the upper level of the buildings in this area. There are a few structures where you can get on top and shoot this boss from a distance. Dodge this boss's attacks quickly, but do not fall off the platform while moving around. We recommend engaging this boss after you have defeated Zolt and the other Hyenas found at this location.

Vulgraf the Terrible is located in the Astra Cemetary Region. Travel south from the Crimson Pillars landmark, and you will find this enemy on top of a cliff. There are a couple of Spacerifts close to this area, and you can Transmit there to quickly arrive at this location. Vulgraf has a few Hyena Thugs around but is a relatively easy boss to defeat in Tower of Fantasy.

Lime the Swindler is located at the Crimson Pillars landmark at the Southern Ring Ranges on Astra. Travel south of Ruins A-01 to locate this landmark quickly. Lime the Swindler is an easy enemy to defeat and is surrounded by various Hyena Thugs. Demolish this boss quickly, and move ahead towards Robarg.

Robarg is located at the Tomb of Thorns area in the Southern Ring Ranges on Astra. This is the toughest boss you will face on Astra, and we recommend enhancing your weapons before engaging this boss. Ranged weapons are always a good option against this boss. You can always team up with others before raiding this enemy. Check the world chat to see if anyone is up for fighting Robarg. Players can also go solo, but we recommend teaming up with others to defeat this world boss in Tower of Fantasy quickly.