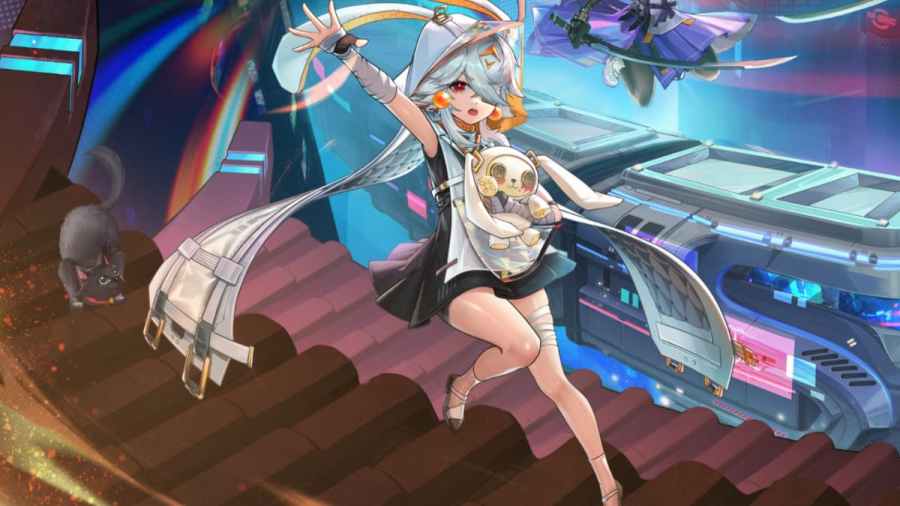 Tower of Fantasy has a vast gallery of characters, and Ruby is one of the most interesting simulacra as she's a girl with a dangerous weapon/robot protector Spark. But she's much more than a shy kid, and that's exactly what she wants to show everyone. So before you go adventuring, you need to find out who Ruby is in Tower of Fantasy.

Ruby simulacrum has an intriguing story of a girl trying to find her place in the harsh cyberpunk city of Mirroria. But while you'll learn more about her character, what you want to know is whether she is good enough to play with. This question is connected to her SSR weapon. You can get Spark (and Ruby) in several ways, but you'll need to invest hard-earned resources. Here are five things you need to know that will help you with your choice:

1. Spark is a Fire element weapon

3. Spark has a potential Emblazen ability

4. Ruby's Dolly skill is handy in Tower of Fantasy

Who is Ruby in Tower of Fantasy