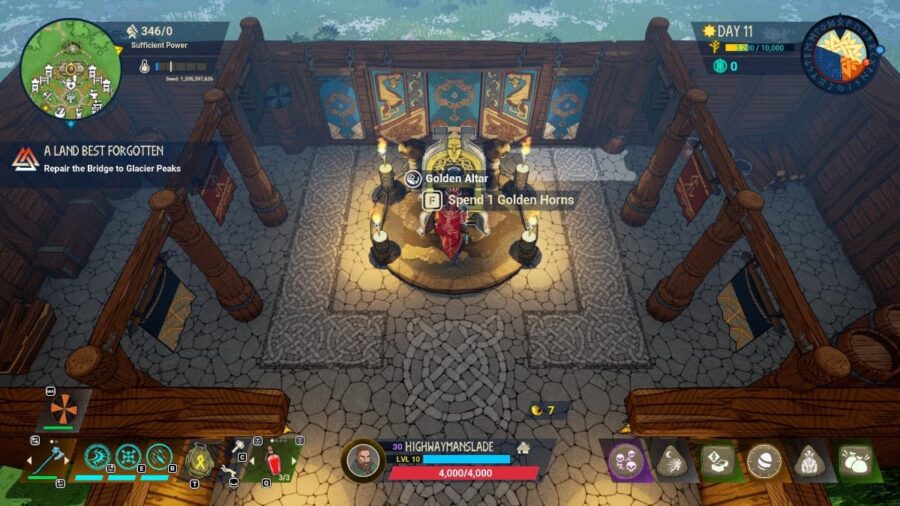 The golden altar in Tribes of Midgard serves as a way for players to get runes in exchange for golden horns, which can be obtained in a number of ways.

The main method is to slay a certain number of Jotuns and then leave the game world via the Bifrost. Doing so will give the player around three golden horns on to op anything they earned by slaying enemies or unlocked through season rewards or challenges.

That said, once the player has these golden horns, they can then use them to purchase a number of things, including runes via the golden horn in the game.

If players want to use the golden altar for this purpose, they can do so by locating it inside a huge hut in the village or by finding its horn icon on the mini-map.

The altar can also be found behind the healer NPC and left of the quest board. Inside the northern end of the hut is where players can find the altar, and it will cost one golden horn to get one rune using it.

If you use a golden horn, a random rune will drop out of the golden altar. Overall, we highly recommend using it only if you have horns to spare; if not, save them for other things like items in the in-game shop or crafting armor.