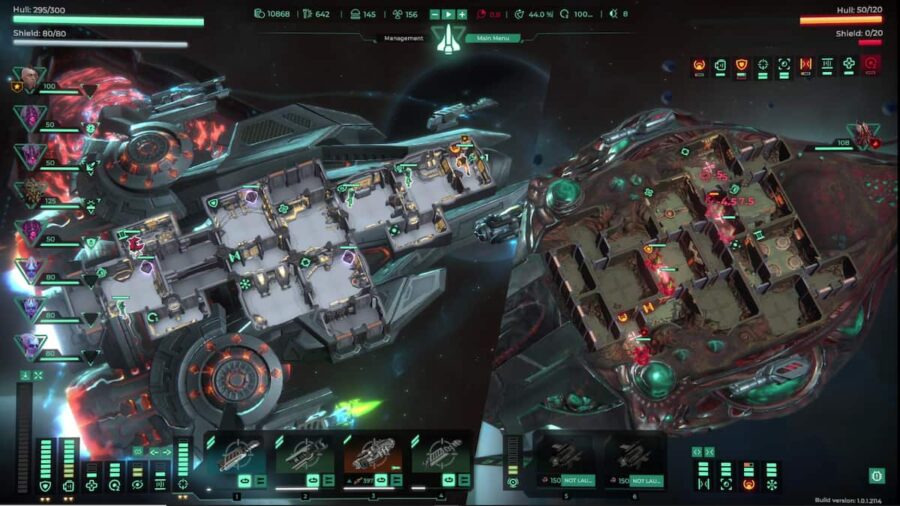 Trigon: Space Story leads you to believe that you must attack different parts of the enemy's ship to destroy them, but this is not true. You can kill any enemy and even kill the captains and gain prisoners with a sneaky trick. There is also a sure way to capture prisoners without much difficulty.

The best combat strategy can be done right when you start the game. Make sure all of your weapons are pointed at the enemy's Oxygen room at the beginning of every battle. As soon as this room is damaged, all the enemies will leave their posts to fix it. They will lose all bonuses from their crew because they've left their posts.

Even if it's red, aim for the oxygen room. You can start killing their crew since they're in the room as missiles are hitting it. We've won most battles with this strategy, even against bosses.

If you're looking for an easy way to get prisoners, you can do that too.

Related: Do I lose crew on enemy ships when they explode in Trigon: Space Story?

How to get prisoners easily in Trigon: Space Story

Make sure you have at least one great Warrior or two regular Warriors. Put one Warrior on the teleporter and have him go to the Captain of the enemy ship. When the Warrior starts fighting the Captain, use the transporter in the room they're in to bring them back to your ship. Both the Captain and your Warrior will be returned to your ship. You can then kill the Captain and automatically capture the crew.