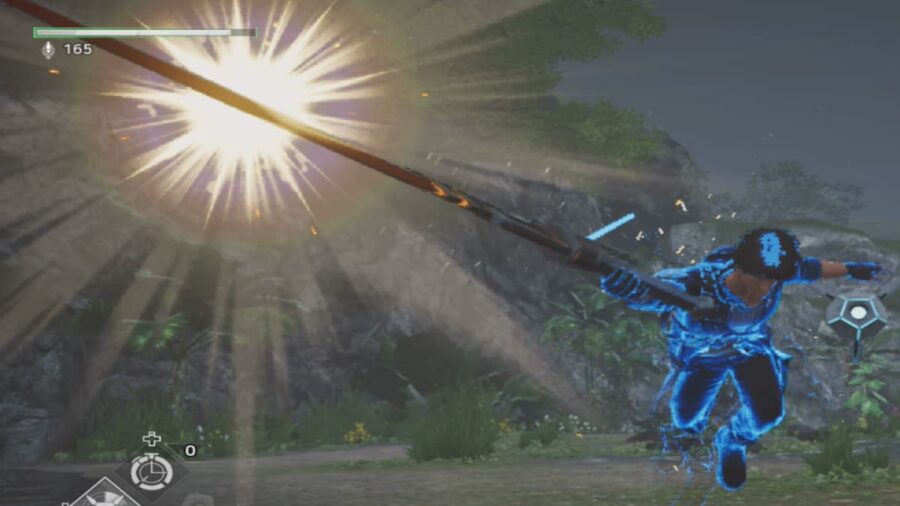 Mecha Drapoel is the first boss you will face in Ultra Age, and it's a pretty challenging fight. You have a limited number of health restores, and the boss's health is nothing to scoff at. So what's the easiest way to defeat this boss?

Like normal enemies, a red flash will appear when the boss is going to attack, so take advantage of these signals and evade accordingly. Do not keep attacking and attacking. Otherwise, you are going to take a lot of damage, which you need to avoid.

At about half damage, the boss will warp when attacking to try and catch you off guard, but continue pressing the evade button, and no damage should be done to you.

At certain intervals during the right, Mecha Drapoel will jump to a platform and fire off an electrified energy beam. Avoid this at all costs. But the attack isn't meant to hit you. It's meant to section off parts of the arena and restrict your movements. The boss will do this at multiple stages during the fight, and when it;'s almost dead, you'll be fighting in a tiny section. This is when you change to the Lightning Blade.

You change because the boss doesn't stay in the section, as they can move freely, but he always wants to be close to you. The durability special attack of the Lightning Blade is an Area of Effect electric attack, which deals a lot of damage when in close quarters.

Keep on wearing the boss down, and eventually, you will reign supreme and the boss lying dead at your feet.

Should I loot and absorb everything in Ultra Age?

How to Save in Ultra Age?

What does ZL/L2 mean in battle in Ultra Age?

How to Evade in Ultra Age?

How to Change Weapons in Ultra Age?

How to Heal in Ultra Age?