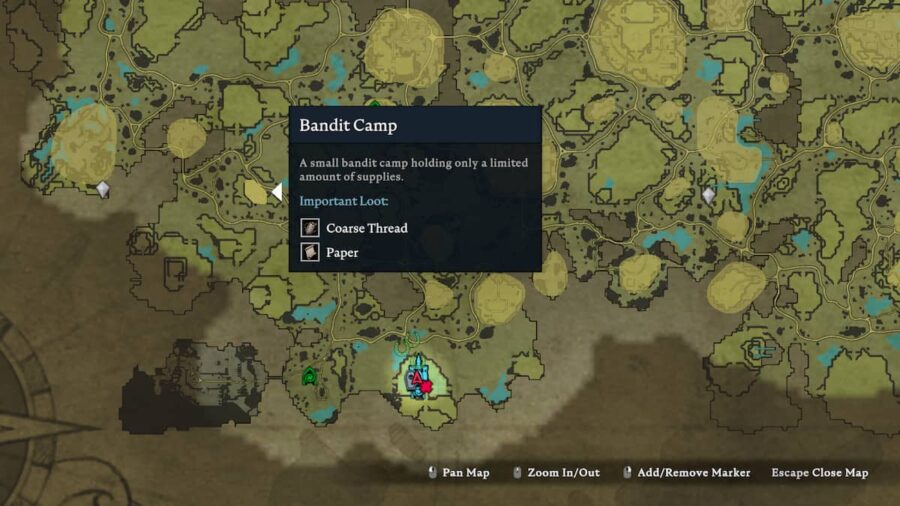 Like Paper, Coarse Thread is a very important resource in V Rising, allowing players to craft better gear like the Nightstalker set of armor. Unlike Stone and Lumber, Coarse Thread can only be looted from the various settlements around the Farbane Woods. Humans will often be carrying it on their person, but it can be found by attacking barrels and opening chests as well. These are the best farming locations for Coarse Thread in V Rising.

The Farbane Woods houses many settlements that players can look at with their map. This is done by pressing M and is a useful tool for seeing what loot is located in each area. Of the various places that Coarse Thread can be found, both the Bandit Logging Camp and Bandit Trapper Camp have a plethora of barrels and chests that all have a chance to carry it. Bandits have a chance of dropping Coarse Thread as well and can be defeated while looting the camps.

Related: Where to farm Clay in V Rising

Coarse Thread can't be made, making it a resource that players can struggle to get their hands on effectively. Once players have the Castle Throne unlocked, they can delegate the task of raiding to their Servants. This makes the entire process an afterthought and can help players reduce the amount of time to farm. The Castle Throne requires Iron Ore and the recipe to make Iron Ingots.

Where to farm Coarse Thread in V Rising