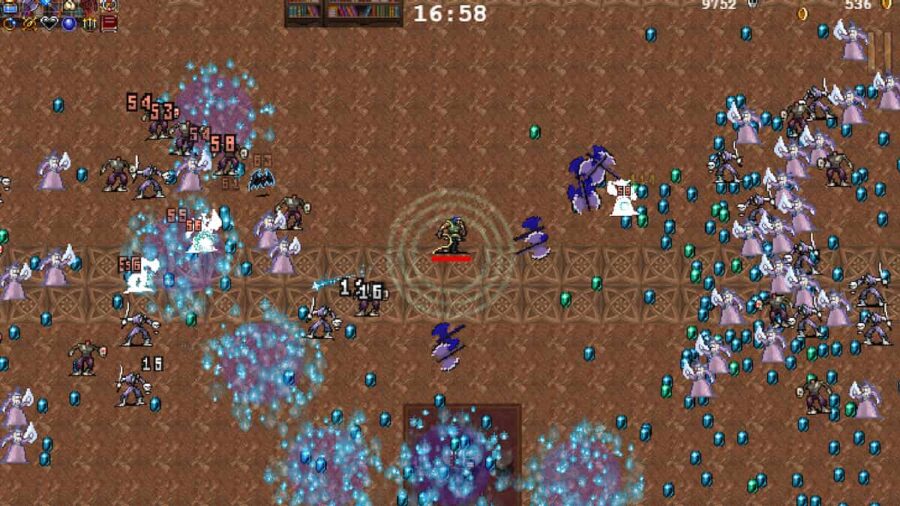 In Vampire Survivors, 10 of the weapons can be evolved. One of these is the Santa Water, a sort of holy water that drops a burning circle in a random area. When evolved, it becomes La Borra, an incredibly potent weapon.

To evolve the Santa Water, you’ll need to get the weapon to level eight by picking up eight upgrades from either leveling up or chests. Next, you’ll need to find the Attractorb item. Once you have met both of these requirements and have passed the 10-minute mark, the next chest you pick up has a chance to contain La Borra upgrade.

This can take a while to drop, so make sure you don’t fill up your inventory with items. Otherwise, you won't be able to pick it up. You have room for six total items, so save space for the Attractorb.

The easiest way to get the La Borra evolved is to start with Suor Clerici, as they begin with the Santa Water. Because it’s your starting weapon, that’s one less drop you need to reach the La Borra.

La Borra takes the Santa Water’s damaging zones and allows them to move. As they move, they grow, eventually covering large areas of the map. Overall, it's an incredibly potent weapon.

How to Evolve the Santa Water in Vampire Survivors