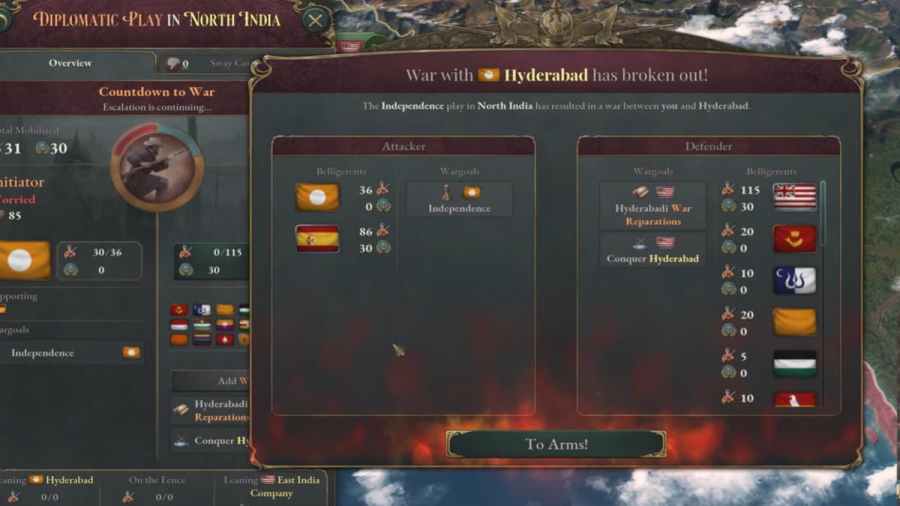 How to Form Alliances in Victoria 3

The first step in winning wars is to ensure you have plenty of powerful allies. Having powerful allies will ensure you don't get overpowered by nearby powerful nations. Allies can also help you by sending their general sand battle groups to assist during battles.

However, you shouldn't expect the full might of an ally to arrive when war erupts. In short, despite being a great tool to help in wars, allies can have their own problems they need to deal with. Because of this, you should rely on something other than a powerful ally to win a war for you. We also recommend forming multiple alliances so there is a more significant chance some of your allies will send units to help you out on the day war erupts.

How to win wars in Victoria 3

When war begins in Victoria 3, you must win battles to force the other side to agree to your demands and accept your war goals. If you win nearly all battles and defeat all enemy generals, you will eventually force a nation to the peace talks table, effectively winning the war.

However, winning a war will require tons of planning and upgrading. You can accomplish all this by ensuring your military is well-armed and commanded by competent generals. You can get competent generals by hiring new ones with great stats or promoting your existing generals. Promoting your generals will increase the number of units they can command and their skill at winning battles. You can promote generals by opening the Military tab and clicking on a general. Clicking on a general will reveal their stats and the option to promote them.

However, generals are nothing without a well-armed fighting force in Victoria 3. Luckily you can ensure your military is equipped efficiently by unlocking new improvements via the Military technology tree. Along with improvements, you will also need to expand your barrack buildings to increase the number of soldiers you can muster. Expanding your barracks will also increase the number of battalions you can have. We recommend having various improvements unlocked in these battalions to increase their fighting strength.

How to win battles in Victoria 3

To win battles in Victoria 3, you must overpower your enemy with superior numbers and tactics. But before you can overpower your enemy, you must mobilize your forces and let them reach full strength. You should also mobilize your forces before war breaks out to fight off enemy attacks and start pushing fronts adequately. You can mobilize all of your generals by opening the military tab, clicking Mobilize all generals, and activating conscripts.

Once mobilization happens, you will need to select your generals and give them tasks to accomplish. Depending on your situation, you would usually want your best units attacking and trying to push the enemy back. Other generals should assist these best units or defend the territory currently being attacked. To give generals commands, click on them and select an order to push a frontline or defend it. Once a battle begins, having forces with better-trained units, more upgrades, and better generals is the key to winning.

For more on Victoria 3, we at Pro Game Guides have you covered with guides on What is Victoria 3? Gameplay, Story, and Trailers and  How to declare war in Victoria 3.

How to win battles and wars in Victoria 3