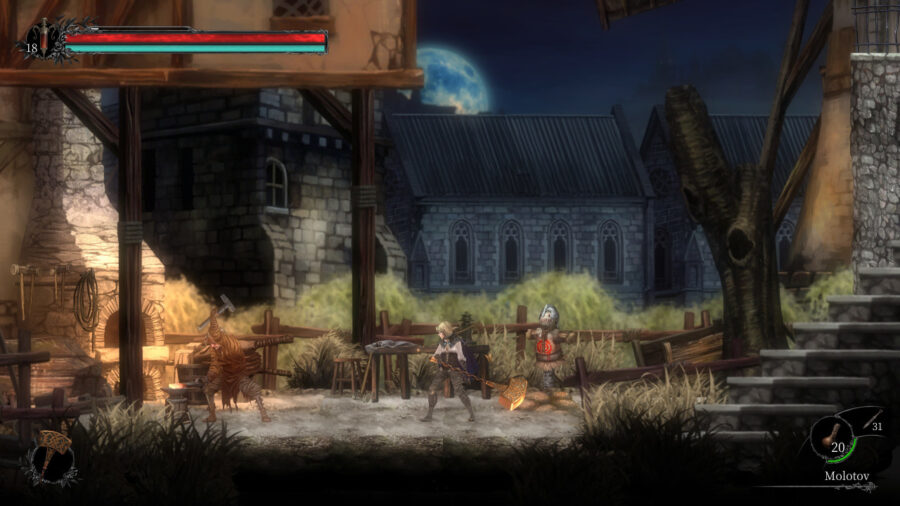 Health is such a major part of video gaming, it keeps you alive in just about every game you play. It's extremely rare that you ever want your health to be low enough that a single hit can kill you. In games like Dark Souls and Sekiro that punish you severely, health is sometimes more of an afterthought, as against bosses and other tough enemies, one shot is enough to kill you outright. Stamina is also a key mechanic, as if you have no stamina left, you cannot dodge or attack, which 99% of the time means you're going to die. In Vigil: The Longest Night, it has taken inspiration from Bloodborne more than anything and crafted it into its game. So how do you heal and regain stamina in Vigil: The Longest Night? Let us tell you.

There are two important bars in Vigil: The Longest Night, health and stamina. Health in 99% of games is the red bar. When you get hit, this bar will deplete, and the more powerful the attack, the more health that is taken off. If that health bar reaches 0, you die.

There are two ways to heal, technically three, but the third one isn't available for a while, as it's a weapon enchantment. The first is to take a drink of your healing potions - to do this, press Up on the D-pad. You can see how many health potions you have by looking at the left of your health bar. If you have no potions there, then you cannot heal. However, potions can be replenished upon killing enemies and finding them in the world.

How to restore stamina?

The Stamina Bar is the other important bar in Vigil: The Longest Night - it's the blue bar underneath the health bar. This bar will start to drain when you attack or dodge, but after a small delay will automatically fill back up again. It can be fully depleted if you continuously attack and dodge. If that happens, Leila will stop moving to catch her breath, meaning she cannot move for a short period of time.

In Vigil: The Longest Night, there is no set combo to your attacks; there are 4 attacks that occur but will then repeat. If you stand still and hit the attack button, you can keep doing it until you run out of stamina. It's the same for rolling; you can roll for eternity until your stamina bar goes empty.

Both health and stamina can be upgraded using the General Skill Tree upon leveling up.