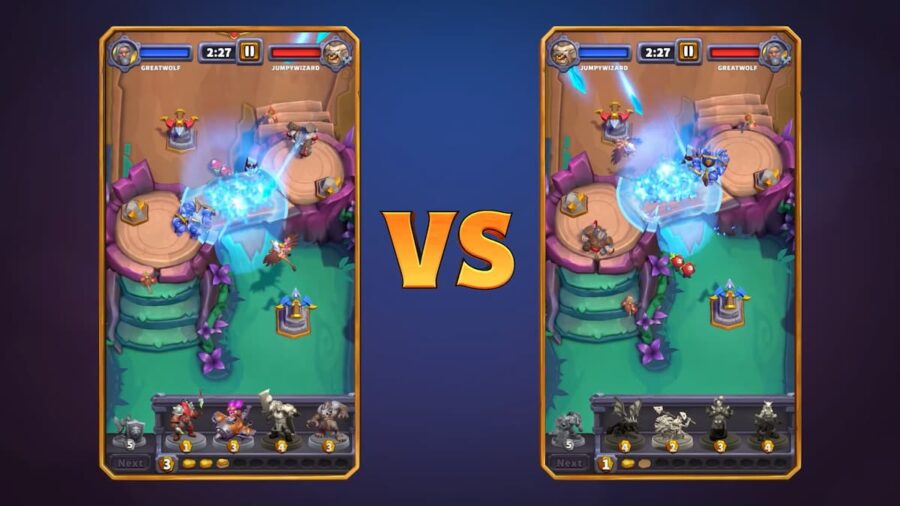 Blizzard Entertainment has done an excellent job of bringing together Hearthstone and World of Warcraft through crossover events, but Warcraft Arclight Rumble doesn't appear to be joining any time soon. The game is very new and is trying to establish itself first, according to an interview with technical director Monte Krol and executive producer/vice president Vik Saraf and Game Rant.

Saraf says Blizzard Entertainment hasn't thought much about future crossovers with World of Warcraft or other games from the developer. They don't want to take it off the table in the future, but it's clear that there won't be any crossover events for some time after the game releases.

Related: What is Warcraft Arclight Rumble? Gameplay, Platforms, & How to Play

What will be the first crossover event for Warcraft Arclight Rumble?

From here, we can only speculate, but one of the simplest crossover events for Hearthstone and World of Warcraft would be Alliance vs. Horde. Usually, it's a matter of who wins the most battles or ground, but since Warcraft Arclight Rumble pits two families against one another, it makes sense to team up with Hearthstone to see who wins more overall.

It is likely to be one of the earliest events in Warcraft Arclight Rumble since it is one of the most popular events.