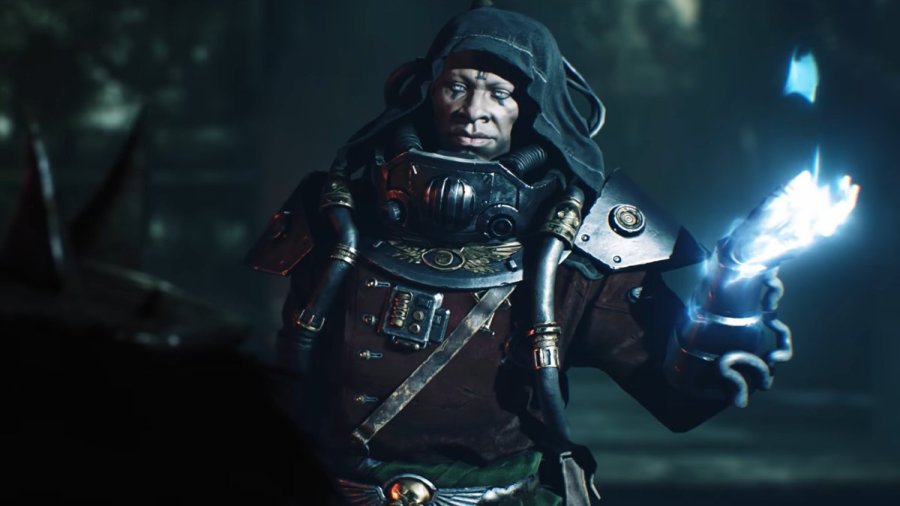 Warhammer 40k Darktide is a co-op action game that allows you to hack, slash, and shoot through hordes of enemies with up to four players. Throughout matches, players must navigate the map, complete objectives, and get to the exfil point to survive. While the ping system and in-game chat are great ways to communicate, players may want to express themselves with their in-game character, so are there emotes in Warhammer 40k Darktide?

As of this writing, there are no emotes in Warhammer 40k Darktide. However, emotes may be planned for future updates based on some in-game content and previous Warhammer titles.

Related: How to Apply Trinkets in Warhammer 40k Darktide

Warhammer 40k Darktide features customizable characters, and cosmetics can be purchased or earned to equip your character. The cosmetics screen allows you to change your clothing, accessories, and even your stances. The Stances tab could indicate that emotes may be available too at a later time.

Warhammer Vermintide 2 had emotes, although they were added far after release. Vermintide featured a basic emote wheel, so the same could come to Warhammer 40k Darktide. Nothing has been confirmed by developer Fatshark, but with weekly updates including new missions and in-game content, it is possible that emotes may make it into Darktide.

Are there Emotes Warhammer 40K Darktide?