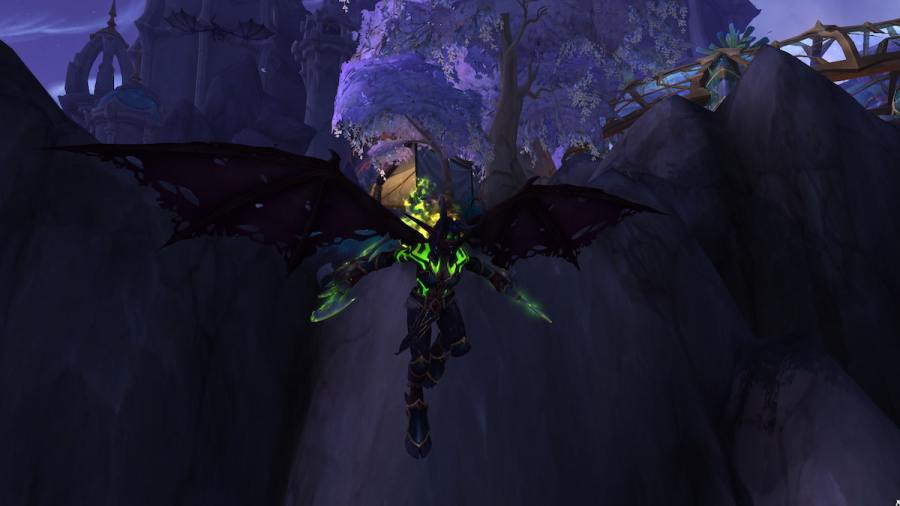 The Demon Hunter is infamous hero class introduced with the release of WoW Legion. Unique in that is one of two classes that only have two different specs, their choices for talents tend to be more variant that others. Of the two, the Havoc spec is the one that focuses on dealing damage. If you're interested in playing one, here's some of the best builds you can run in Dragonflight.

Havoc Demon Hunters are the fiends of speed and onslaught in WoW Dragonflight, and as a DPS, their job is to deal as much damage as possible within a short amount of time. They heavily favor consistent damage but contain a healthy dose of burst when it's really needed. Their builds heavily focus on the Momentum, a high investment talent that provides a universal 8% damage boost so long as it is active.

This is a general Havoc Demon Hunter build that focuses on being decent at all forms of content within Dragonflight. The core of this build prioritizes keeping Momentum up while maintaining your Metamorphosis via Eye Beam and Cycle of Hatred. In addition, using the capstone skill, Essence Break, during Demonic procs through Eye Beam usage, you can unleash a huge amount of burst damage in single target or AoE (Area of Effect). This is a good all-rounder build that won't steer you wrong.

One big weakness of this build is that it is missing Fodder to the Flame, which summons a demon you can instantly kill with your glaive to grant you your innate 20% damage boost for being a Demon Hunter and a massive 25% heal. It is possible to sub out Glaive Tempest for it if you prefer more single-target damage vs. AoE damage.

This build prioritizes strong AOE damage in situations that rely upon it, such as the Primal Council encounter in the Vault of the Incarnate raid and Mythic+. Using Ragefire along with Soulrend and Burning Wound, you can deal massive damage to large groups of enemies. In addition, this spec still performs solidly in single-target situations due to the addition of reasonably powerful DoTs(Damage over Time) through Soulrend and Burning Wound. Note that Essence Break and Momentum remain key factors in dealing with competitive damage. This build also utilizes Any Means Necessary, a talent that changes all of your non-physical damage ability into Chaos, allowing those abilities to massively gain effectiveness from your Mastery stat. Any Means Necessary dramatically improves the value of Mastery as a stat.

One key weakness of this build is the lack of a powerful Eye Beam. The ability to be quite weak and is used only just before Essence Break so that it can activate Demonic and allow you to use the Essence Break window to deal damage during Metamorphosis.