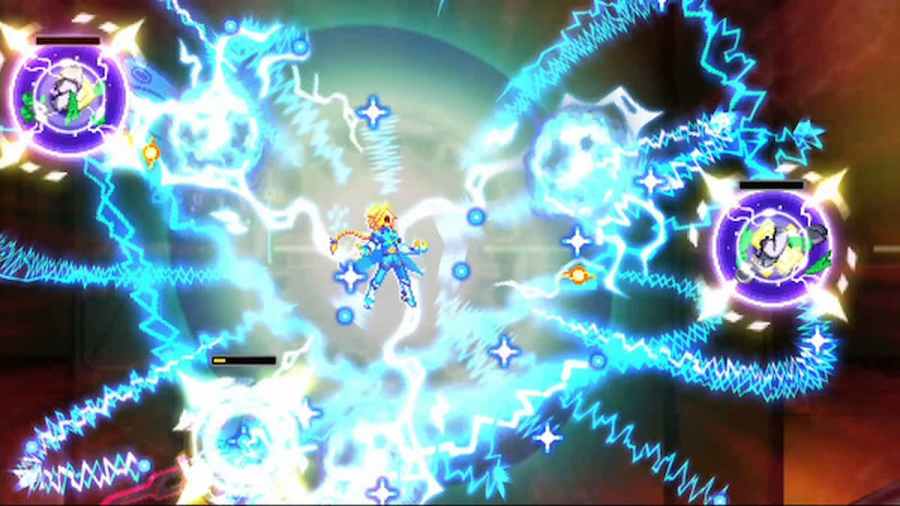 Like all Gunvolt games, Gunvolt 3 comes with a True Ending. These are the endings that are trickier to obtain but provide a deeper story as a reward for successfully completing a more challenging quest than simply finishing the game. Here's how you can get the True Ending for Azure Striker Gunvolt 3.

How to unlock the Azure Striker Gunvolt 3 true ending

The True Ending for Gunvolt 3 all comes down to the fight with Moebius. While you can attack GV with the sword, you must only fight Moebius using Kirin's talismans. This fight ends when Moebius's HP is completely sealed.

To do this, hit the first eight talismans right after each other. This will trigger GV's skill which gives unlimited talisman use against Moebius. Through the fight, you should unlock Djinn's Wish, which adds a huge buff to the talisman damage. This drastically speeds up the fight. If you're fast enough, you can seal about a third of Moebius's HP in each cycle.

What is the Azure Striker Gunvolt 3 True Ending?

Once you've unlocked the True Ending, the final cutscene will begin. GV transforms back into a comet and leaves the arena.

Image cards are used to tell the story now that several weeks have passed since the end of the battle. Both Octima and the Azure Striker have disappeared, so the world is safe enough for the time being. The existence of ATEM's attack along with the existence of Moebius became public knowledge, leaving Sumeragi along with the Shadow Yakumo to deal with the fallout.

As Zed predicted, Primal Dragons are popping up worldwide after Moebius awakened. ATEMS returned to their home country to deal with the Primal Dragons that had appeared on their own territory.

How to get the true ending in Azure Striker Gunvolt 3