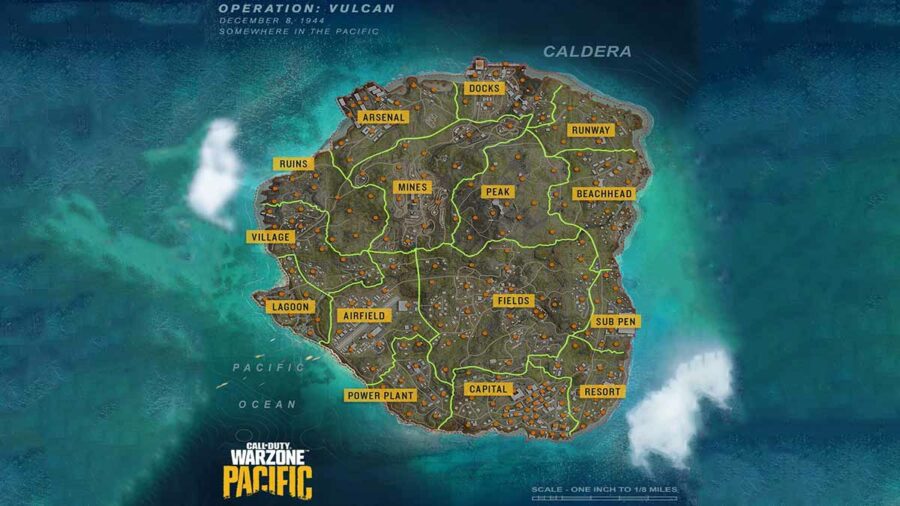 Call of Duty: Warzone is transferring its operations from the Soviet-era city of Verdansk to the Pacific island of Caldera. The map comes with Vanguard Season One along with several new weapons, operators, and other content.

The new Warzone Pacific map Caldera will feature hundreds of major and minor points of interest scattered across the region. The developers have segmented Caldera into 15 major sections and POIs.

Here is a list of all the new Caldera map locations, their features, and topography.

Related: How to complete Call of Duty Secrets of the Pacific Warzone event challenges – Explained

The new Caldera map is about the same size as Verdansk. The map change is substantial considering the shift from the current modern day city to a World War II era tropical island. You can catch a glimpse at the short Caldera map trailer shared by Call of Duty Twitter below.

Stay tuned to Pro Game Guides for more Call of Duty: Warzone and Vanguard content. In the meantime, head over to our article on – How to complete all Precision Challenges in Call of Duty: Vanguard.