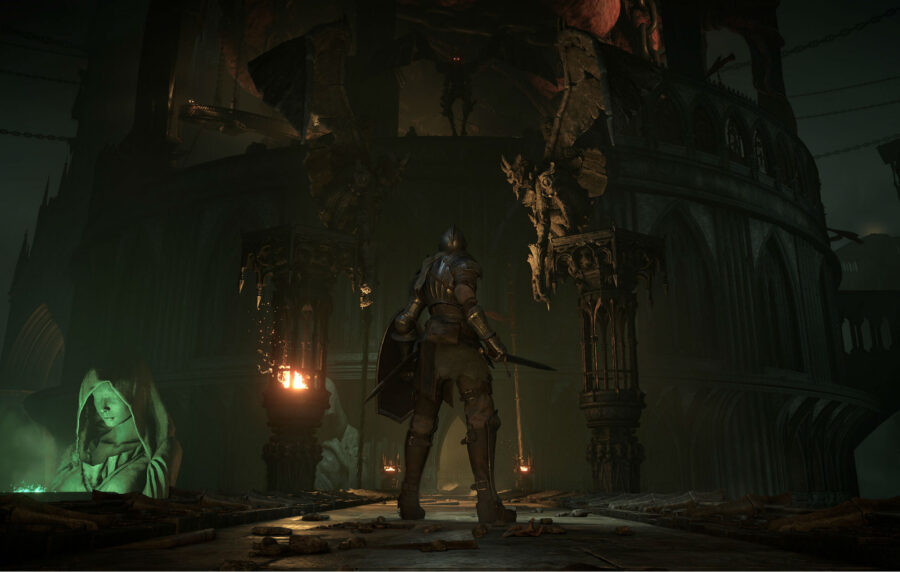 Boss weapons are unique weapons that more or less offer a different move set or ability that no other weapon in the game has. Though these weapons might not be the best of the best, sometimes they are. It's a lot of learning and hit and miss to find out what weapons are truly worth getting.

To make boss weapons in Demon's Souls PS5, you must first locate Blacksmith Ed in World 2-1 in Stonefang Tunnel and give him the Searing Demon Soul, which you get after killing the Flamelurker, the boss of World 2-2. Once he has been found, the unique Demon's Souls you have picked up after defeating a boss can then be used to turn other weapons into boss weapons.

For example, after you kill the boss the Phalanx, you get the Lead Demon's Soul; this soul can be used on a Short Spear +7 and turn it into a Scraping Spear with Blacksmith Ed. There is no other way to get the Scraping Spear. If you have used the Soul to gain some quick souls, then this weapon opportunity is lost until you start a new game +, or start again with a different build.

Always keep a boss soul until you reach Blacksmith Ed and see what it can be used for. If you are going a strength or dexterity build and not using any spells at all. Then it's pointless keeping the boss souls that give you spells. Just use them to gain souls!