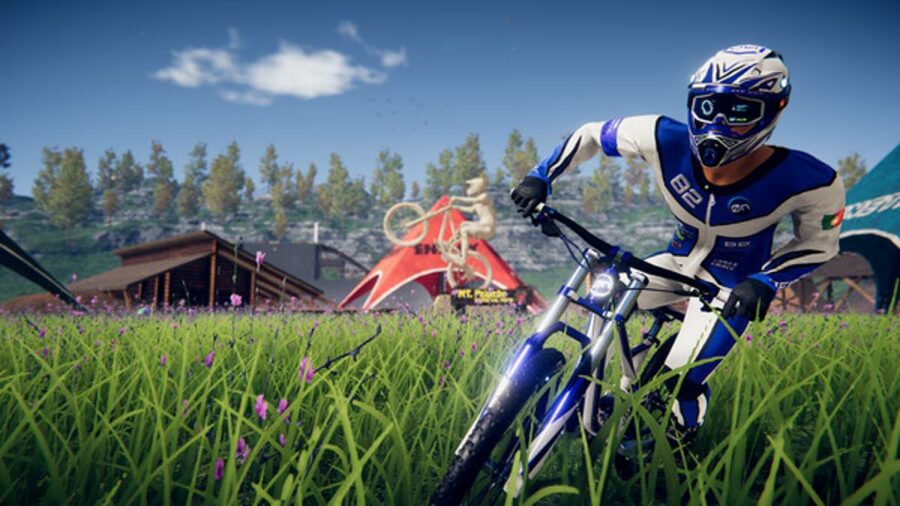 Descend into a world of extreme biking in this game based on intense downhill free-riding. In this game full of dangerous stunts and white-knuckle racing, players are seeking the best codes for cosmetics in the game to show off their style or dedication to their favorite teams. With our list of Descenders codes below, you can do just that.

We have the full updated list of codes provided by the official Descenders wiki listed below, all in one neat list. For those of you that spotted another player with a team shirt you want to wear in the game, you'll find all of them below!

While you're here, be sure to check out our lists and guides for many of the most popular games! We have frequent updates, new guides, and the best lists for games like Fortnite, Roblox, and Minecraft!

Codes are rarely added to Descenders, and the ones that are added don't seem to have an expiration date. All the codes listed below should be active in the game, but be sure to leave a comment if one of them is expired so we can investigate and remove it from the list!

How to redeem codes in Descenders

Redeeming codes is easy, but many players don't know where to look. To redeem codes in Descenders, follow these instructions.

What are Descenders codes?

Descenders is a game that includes short rounds where you must race against other players. It doesn't focus heavily on in-game currency or resources like many other games. As such, codes in Descenders only serve to get you exclusive cosmetics so they can show off their style while you crush the competition.

Why aren't my Descenders codes working?

Most codes in Descenders do not have an expiration date. So, the most likely cause of an invalid code is entering it incorrectly. To avoid this common problem, copy the code from our list above and paste it into the text box, instead of entering it manually.

Descenders is a downhill freeriding game that allows you to experience the thrill of challenging other players to experience the intensity and excitement of one of the riskiest sports. Your goal in the game is to prove your extreme biking prowess by conquering the most intimidating course possible and to make a name for yourself as a legendary Descender!

We have codes for hundreds of other games on Pro Game Guides! Be sure to check out our comprehensive list of codes for almost all the most popular Roblox games!