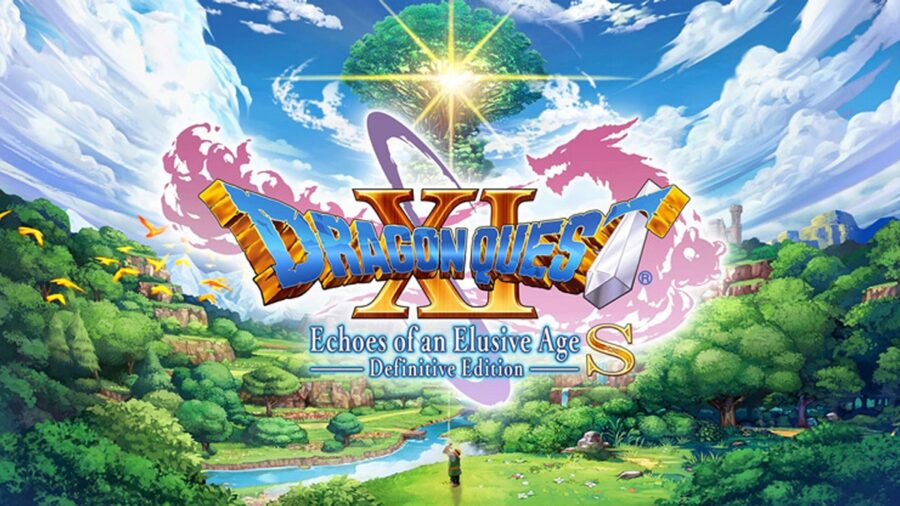 In a grand RPG such as Dragon Quest XI, there are tons of playable characters that you'll acquire on your journey throughout the world. At various times on your quest, you'll have to have certain party members, when at other times you are free to choose who you want to have in your party!

All Characters in Dragon Quest XI

There are eight playable characters that you can add to your party in Dragon Quest XI, and each one has a different vibrant personality that you'll either come to love or hate! Most of the characters have a certain build type you should aim towards, but to be honest, play the game how you want, and you'll have an absolute blast!

So here are all the playable characters in Dragon Quest XI! 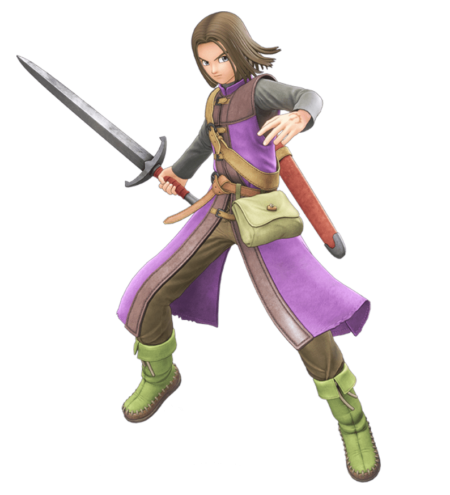 The main hero doesn't have a proper name, because it can be anything you want, as you name the hero, as you are the main protagonist! This is pretty rare in RPGs nowadays due to everyone having a voice actor. Though more often than not, in the world of Dragon Quest XI, you'll be called the Luminary.

You were born in a small village called Cobblestone. When you were born, a mysterious mark was on your left hand; this was the mark of the Luminary. From the day you entered this world, you were destined to be the hero that will save the world. Erik is a blue-haired thief you encounter not far into your journey when you are both trapped in Heliodors dungeon, as the Luminary has been declared a Darkspawn. The person to bring about the end of the world, if not destroyed! Fortunately, Erik is resourceful, and you both escape, and he decided to join you on your journey! Despite his flaws, he's loyal to a fault and is very compassionate. 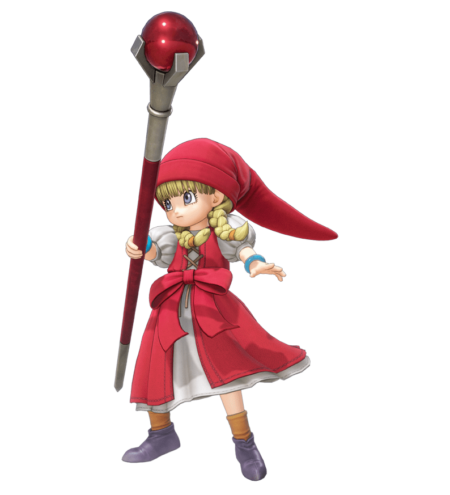 Every RPG needs a powerful mage, and that is Veronica. Don't let her looks deceive you, though she's been robbed of all her years of age and now resembles a small child. She's very tomboyish, and hate's being treated the way she looks, which you can't blame her! Veronica has a fiery demeanor and will stand up to anyone, friend or big bad demon alike! 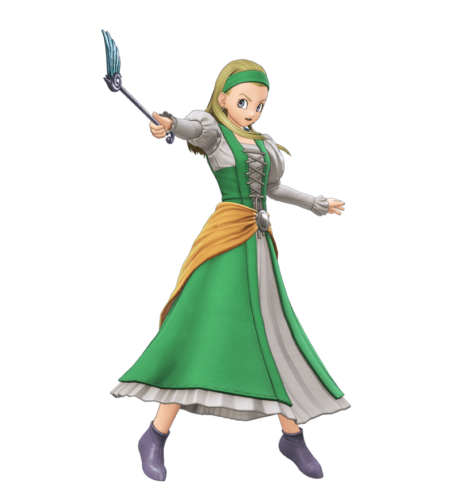 Every coin has an opposite side, and Serena is completely different from her sister Veronica. Serena is extremely kind, kindhearted, and dependable. She's the level headed sister, trying to keep Veronica calm at all times.

She's incredibly gifted at healing magic and uses to lyre in the most beautiful way. Though, due to her personality, it's often that Serena causes trouble for Veronica, not the other way around. Of course, it works both ways! 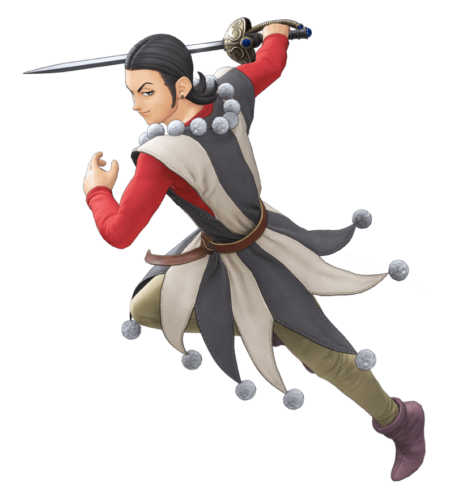 Ah, Sylvando, the life and soul of the party! He's an overly flamboyant entertainer with such a carefree lifestyle; however, he also has a powerful sense of justice, so his personality can shift to serious mode in an instant. Even with such strong roots in chivalry and justice, his dream is to make everyone the world over smile, and until he does just that, his goal will never be over. 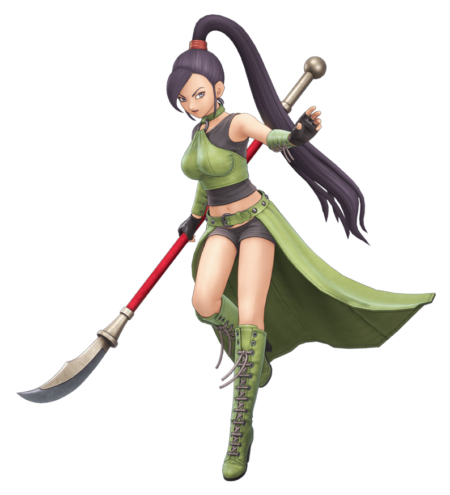 Jade, the monk of the party. It's strange to see from an outside perspective that a lady with such dignified demeanor and elegance would ever beat the living snot out of every enemy who gets in her way. She is one of the game's top damage dealers; she's truly a powerhouse. Jade has traveled the world with Rab from an early age and needs to fulfill a mysterious goal. 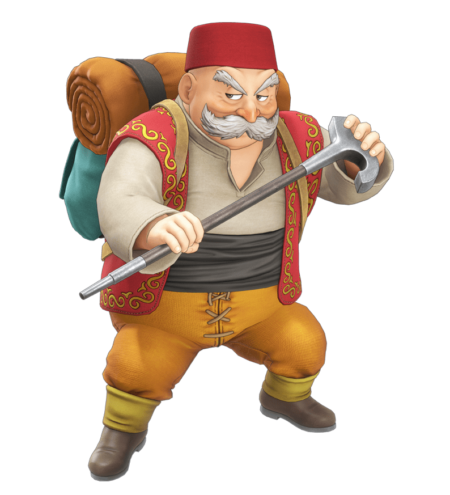 If based on looks, Rab would be the most innocent elderly gentleman the world has ever known. But looks can be deceiving, as Rab, like Jade, has ferocious martial arts capabilities mixed with high-level magic; he is truly one hell of a character in Dragon Quest XI. Rab is a man of knowledge; he has seen the world many times, has information, and seems to know everyone in any town and every port.

This character is spoiler terrority, so if you don't want to know anything about this character, don't read any further. 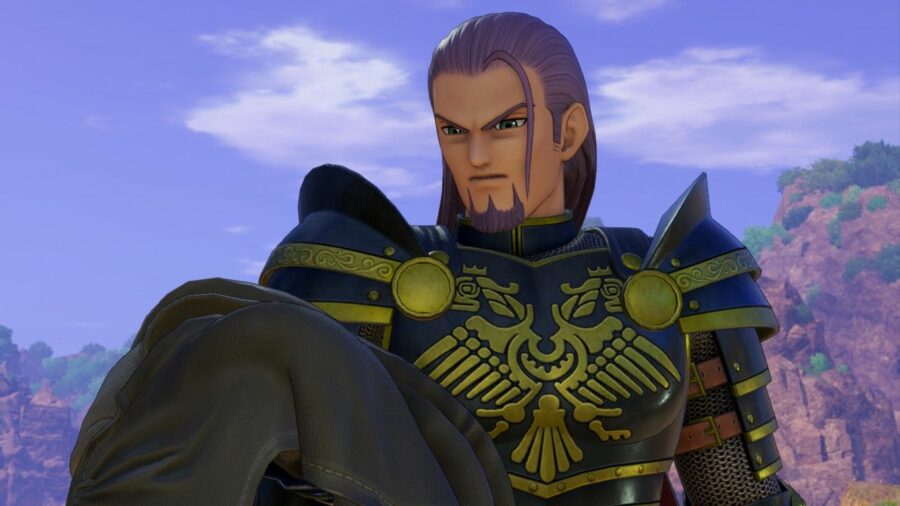 Hendrik is a Heliodoran Knight who was tasked to kill you by his King. As the Luminary is the Darkspawn, he must be eradicated. Due to his loyalty to the crown, he must obey orders, and saving the world is a byproduct of doing his solemn duty to the King.

Though, after a lot of the game's story has occurred, Hendrik has a change of heart due to these events and joins your party. He then vows to become the Luminarys Sword and Shield!

Playing an old school RPG such as Dragon Quest XI, how to save in these games are different; click on our guide to learn how!

How to farm metal slimes in Dragon Quest XI

How to save in Dragon Quest XI