Our Fortnite Rift Locations Guide displays all of the known rift areas in Season X of the Battle Pass. We have a full map displaying all of the locations, as well as a guide discussing in more detail when they were added to the game and how-to use them.

Rifts were a new addition to the game in Season 5 of the Battle Pass. They were partially part of the story-line, worlds had collided, things from our world had entered into the game and vice versa. They are also very practical. Rifts jump you into the air and give you the ability to traverse long distances by gliding. They are similar to launch pads, but these jump you very high into the air regardless of where it is located.

Rifts are also limited time use! Once someone uses one, there's a short period of time others can do so. Once this time is up, the rift disappears and will not return. You'll notice they mostly congregate on the edges of the map, making traveling to get to the circle an easier process. Rifts make it so players can safely land at some of these more remote areas without worrying about the storm.

One of the drawbacks of rifts is that they make a ton of noise when used. Not only are they loud, they show a crack in the sky where you've been dropped. So any players that are nearby will have an easy way to find you.

Here's a full map of all of the current rift locations that we know about. Keep in mind that some spots can have multiple rift spawns. The north west part of Paradise Palms is pretty notorious for this. 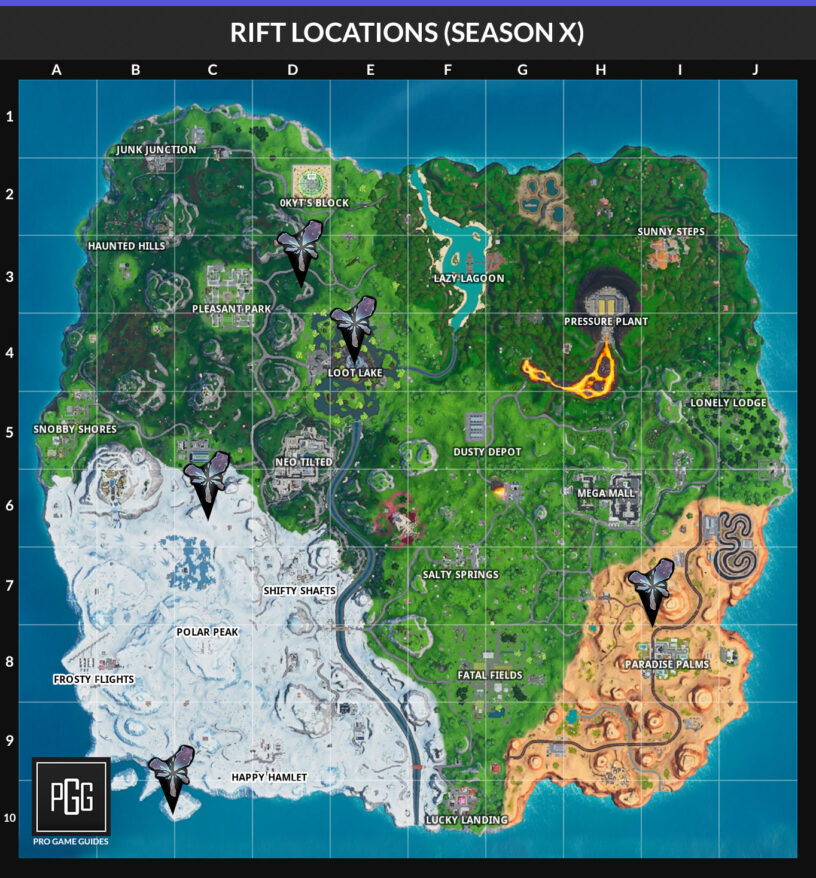