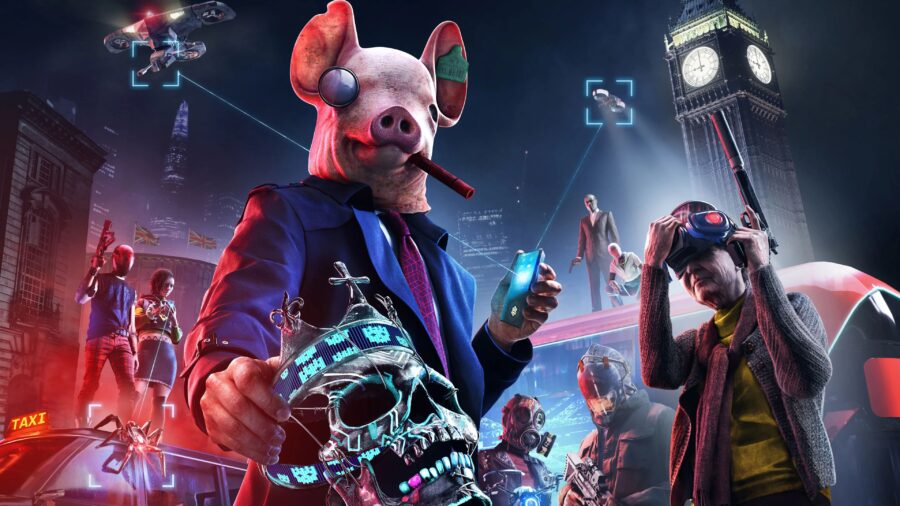 The third Watch Dogs game is nearly upon us; get ready to control anyone in near-future London and rebel against the powers that aim to take over England's capital in Watch Dogs: Legion. By anyone, we mean anyone, as you are part of DedSec - a hacking group featured in previous titles - but you don't play as only one member; you play as an entire resistance of people.

How big is the map size

The Watch Dogs: Legion map size of near-future London is about under 12km^2, and it's quite an accurate representation. The map is a lot smaller than real-life London, which is expected but comparing the distances between the two - in Watch Dogs: Legion, the distances are shortened by about 30%. Though as a whole, it's still very impressive.

It's roughly about 3.5 Kilometers (2.17 Miles) from North to South and 3.3 Kilometers (2.05 Miles) East to West. However, the southern half of the map is reasonably is smaller than the northern counterpart. 8 Boroughs make up the map of Watch Dogs: Legion and each one is a different size.

Watch Dogs: Legion is pretty small when it comes to map size in open-world games over the years. However, a densely filled map is more suitable for this type of game, especially when you can play as anyone. Having high-level detail and seeing London's popular sights is more appealing than a bigger city that looks devoid of life - London wouldn't be London without the red double-decker buses scattered all over the place.

The entire size of Watch Dogs: Legion is under 12km^2; now, while this is smaller than Watch Dogs 2, which is 22km²; however, the majority is water, so the amount of land will be significantly lower than that. The first Watch Dogs size is 12km², meaning Watch Dogs: Legion is technically smaller in overall size, but not in land you can actually walk upon in-game. 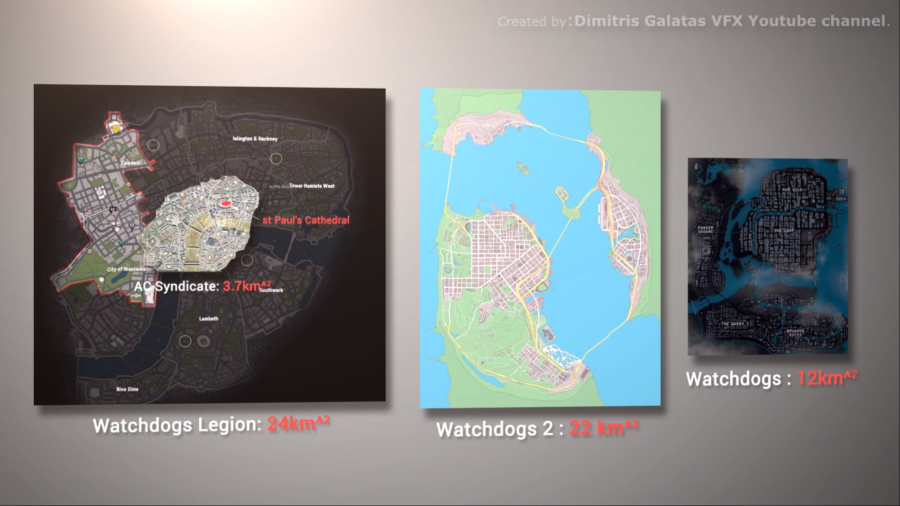 Here is a list of open-world games in close size to Watch Dogs: Legion:

Now here is a list of open-world games not in close size to Watch Dogs: Legion: