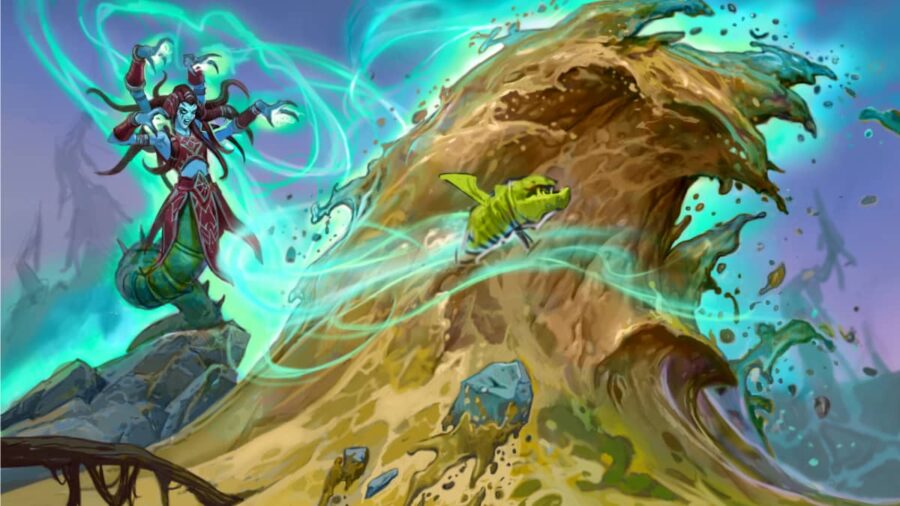 Murder at Castle Nathria is the Hearthstone expansion that has introduced new mechanics and cards, as is always the case with HS expansions. But this one is diffrent, as one card has turned everything upside down. It is, of course, Prince Renathal who allows you to have a 40-card deck and 40 life if you have put him in. Although this is a Legendary card, everyone was given one, so now everyone has oversized decks!

Most of the early Murder at Castle Nathria decks have used the ability given by Prince Renathal to have 40 cards. This is unusual for experienced players, and time will tell if more cards give you the edge over 30-card decks. Keep in mind that more cards mean you have less chance to get a card you need now.

Some abilities help with that (Dredge, Discover), but good synergy is often better than an abundance of riches that 40 cards give you. Either way, having a 40-card deck can be fun, especially while the Meta is still forming and the strongest decks are still not set in stone. Also, some cards are expected to be nerfed (or rarely buffed), which will also impact deck building.

Skeleton-Ping Mage combines keeping the opponent busy with a bunch of Volatile Skeleton minions while building hero power for late-game actions. These skeletons are nasty as they inflict two damage to the random enemy when they die. Combine that with Kel'Thuzad, the Inevitable that resurrects them, and everyone who can't fit into the battlefield will explode instantly. If enemies survive that, Mordresh Fire Eye will end them.

Rogue is high on a list of most reviled classes, and that is especially true for the Miracle Rogue version that triggers players to rage quit. The play is straightforward; draw as many cheap cards after you get the 1/3 dagger from the Necrolord Draka card (+1 Attack for each card played this turn). If you do this in time, you can easily do a one-turn-kill with this weapon!

Pure Paladin decks are always fun to play as they draw powerful synergies and let you change strategies on the fly. Depending on the situation on the board, you can select Paladin cards using the Discover mechanic from minions. You can also try to be aggressive from the start by buffing Silver Hand Recruits. The downside of the Pure Paladin deck is that you depend somewhat on a random number generator (infamous RNG). So if you're out of luck, you'll be toast quickly.