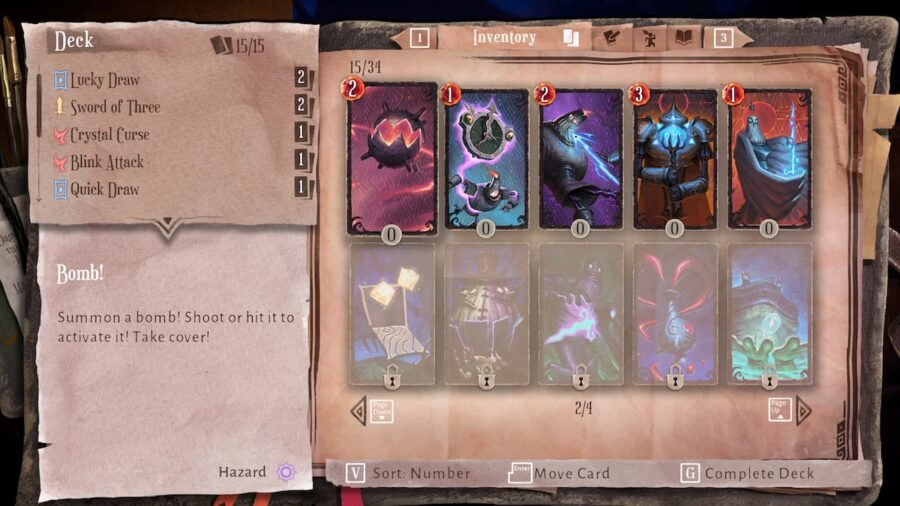 There are many achievements in Lost in Random. Some are easier to get than others while some can be a bit tedious. One of these achievements is the Bombastic achievement which can potentially be time consuming.

You can get this achievement early on. All you need is the Bomb! card and three willing test subjects. The willing part isn't necessary so you blow up anyone you want as long as there are three of them. The Bomb! card is one of the first cards you receive.

Related: Should you give the Bloobs to Jared or Jored in Lost in Random

Using this card in combat is not as simple as it may seem. You first need to collect enough dice energy, roll enough card tokens to use it, and draw the card. This process may take a few attempts to get as you can only draw a maximum of five cards per hand. The Bomb! costs two card tokens to use.

Once you have used the card, time will be stopped and Dicey will carry the bomb. Move Dicey to where you want to plant it. To activate the bomb, you need to either attack it with a weapon card or shoot it with your slingshot. The bomb will take a few seconds to detonate. This means you need to either place the bomb where the enemies will be once it detonates. If you are the bold type, you could stand next to the bomb and simply lure the enemies to the bomb.

Where to get the Card Binder in Lost in Random

How to get the En Garde! Achievement in Lost in Random

How to get the Resourceful Achievement in Lost in Random

How to get the Bridger Achievement in Lost in Random