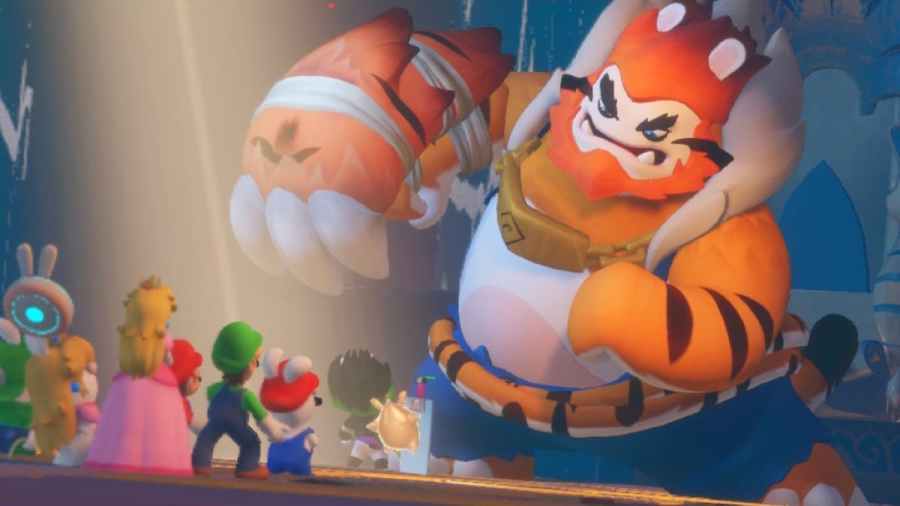 The number one thing you should do when fighting the Giant Wildclaw is to keep your distance. This boss does massive amounts of damage and can defeat one of your characters in two hits. To make matters worse, when you attack the Giant Wildclaw, it will rush at the character who attacked it, counterattacking if it gets within range.

Related: How to upgrade Sparks in Mario + Rabbids Sparks of Hope

You should focus your fire on the boss and ignore the minions for the most part. Using a character that can hit multiple foes is the best way to take minions out, otherwise, use every attack against the giant Wildclaw to bring it down as quickly as possible. Don't be afraid to pull one of your characters behind cover and use a mushroom to heal if needed.

As you want to keep your distance, you'll want to select characters that can attack further away. We recommend using the following characters, in addition to the mandatory Edge, when facing the Giant Wildclaw in Mario + Rabbids Sparks of Hope.

Luigi is a must, as his bow has the longest range, and his Steely Stare ability is great for distracting the Giant Wildclaw. Rabbid Peach is also a must, as she can pick off minions hiding behind cover or restore health to any of your characters that get hit by the boss. Finally, you can use Mario or Rabbid Luigi as they are both capable of attacking multiple opponents, letting you target the Giant Wildclaw and minions at the same time.