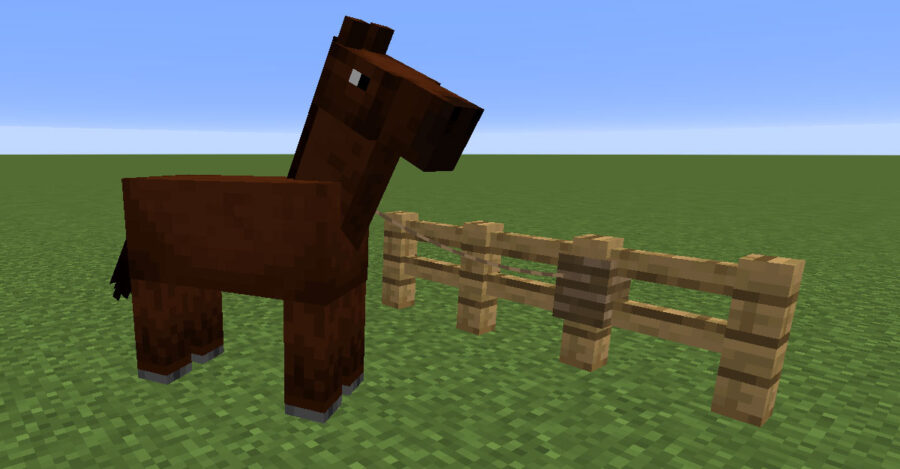 The lead is a useful tool for leashing up various mobs and animals that you'd like to bring to a certain place. This is especially the case for things that can't be tamed, because they will not follow you! So, we'll be taking a detailed look at how to create a lead/leash with this step-by-step tutorial.

A lead can be created in every platform of the game, including PS4, PS3, Xbox 360, Xbox One, Java, Pocket Edition (PE/Mobile), iPad, Bedrock, and Nintendo Switch editions!

How to Craft a Lead

To make a lead in Minecraft, you will need to get 4 string and 1 slimeball for the recipe. Making the lead requires that you place three of the string in the top left corner slots, slimeball in the middle, and the fourth string to the bottom right corner of the Crafting Table. You can get the ingredients by hunting down Spiders and Slime. Step-by-Step Guide to Making a Lead

String can be fairly easy to find, but you will usually have to engage in a bit of combat to get it! I've detailed some of the ways to obtain it below.

If you are near a deserted Mine, then it's possible to find a whole bunch in there. Mines will usually have quite a bit of cobwebs in them, and these can be harvested by hitting them with a sword! If you have a badlands/savanna biome nearby, then you can pretty much always find at least one mine in the area! You will want to be careful though, cave spiders have spawners in caves, so be on the lookout for those!

The most traditional way you're going to find string is by smacking some spiders around and having them drop it as loot. Wait for night time and look around for them. Their bright red eyes are usually pretty noticeable. Make sure you have a sword with you, and wack them a few times with it and hope for some string! 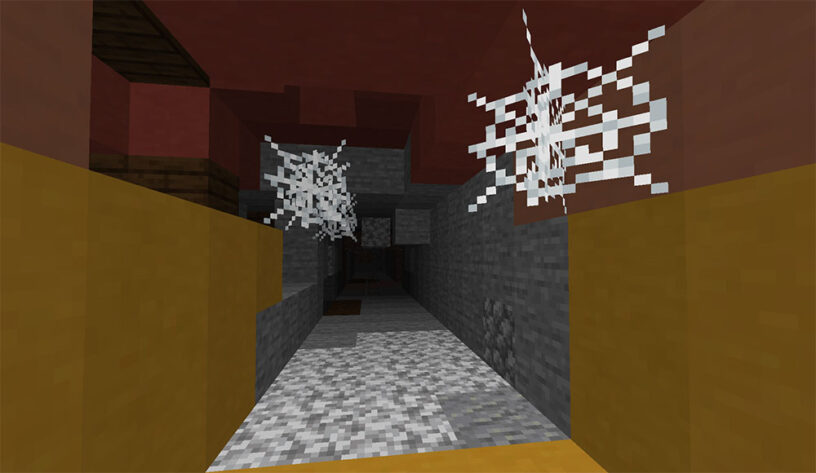 Now we're going to need to locate some Slime mobs. These can be pretty hard to find, because they will only spawn in swamp biomes or deep underground in areas called slime chunks! Swamps are going to be way easier to find, so I recommend looking for those. The slime chunks are difficult to locate, and you'll just have to be lucky to run into one. There's also one other way to find a slimeball... and that's to have a bamboo jungle biome with pandas in it. Baby pandas have a chance of dropping a slimeball when sneezing! So, that could be another possibility for you. We should now have all of the ingredients we need to create the lead! Place them in the Crafting Table like shown below and you will receive two leads for your troubles!

Leads are quite useful when you're looking to get mobs or animals into certain areas. You can use these on bees, cats, chicken, cow, dolphins, donkey, foxes, hoglin, horses, iron golem, llama, mooshrooms, mules, ocelots, parrots, pigs, polar bears, rabbits, sheep, snow golems, squid, striders, wolves, and zoglin! Once you have your animal on a leash, you can bring them over to a fence and connect them to it.

Another way to get a lead

If you can't find Swamp biome to slaughter Slimes, then you do you have an alternative to get a Lead. If you find the Wandering Trader, who you might randomly encounter, he has two llamas that are tied with leads. If you kill the traders or the llamas then the leads will drop and you can get them that way! This is obviously a bit mean, but if you need a Lead desperately, it's another way to get them.

Can you use a lead on a villager?

No, you can't use a lead on a villager, so you won't be able to pull them to a new location with them. If you want to move a villager, you can use a mine cart or a boat to get the job done.

Do leads break in Minecraft?

Yes, they can be broken by pressing the use button on the target you have on a leash, by hitting the knot, or breaking the fence post where the lead has been attached. They can also be broken if they are hit by an arrow!

Can you use a lead on a Ghast?

No, you can't attach a lead to a Ghast! It probably wouldn't be a very good idea even if you could, although you might be able to use them as a helium balloon to float you around. You might get hit by a burning ball of doom before you can get very far though.

How to make a Flint and Steel in Minecraft

How to make a Pickaxe in Minecraft

How to make a Hoe in Minecraft

How to make a Clock in Minecraft

How to make a Shovel in Minecraft

How to make an Axe in Minecraft

How to make a Compass in Minecraft

How to make Shears in Minecraft

How to make a Fishing Rod in Minecraft