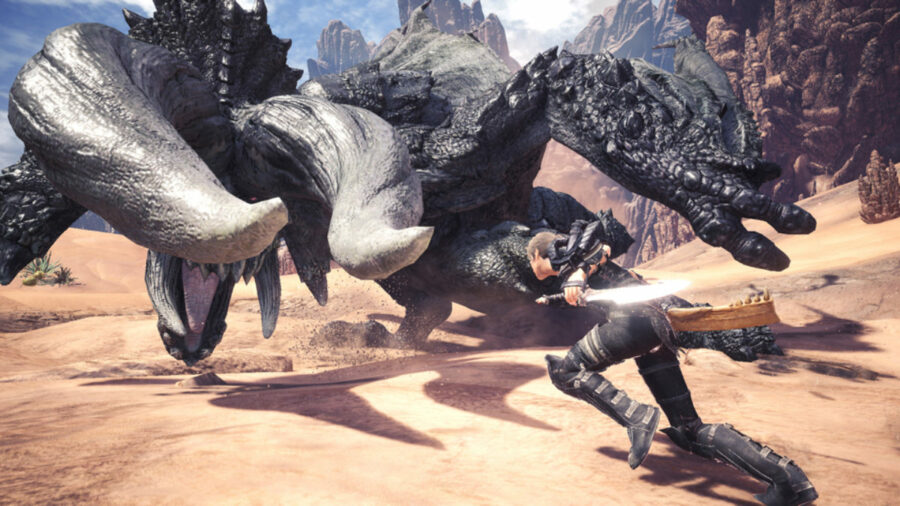 With the new Monster Hunter Movie coming out very soon, Capcom thought it'll be a great idea to have a Monster Hunter World collaborate with the movie! Though, if you play it, you can get some new different armor sets!

The New World Event Quest in Monster Hunter World: Iceborne can only be found on the bounty board, underneath Master Rank, then go to Events, and there at the top of this list will be the movie tie in quest. Where you play as Artemis, the main hero from the Monster Hunter movie.

Like any other of the collaboration quests, such as The Witcher, these have a general set of rules and restrictions that players have to abide by:

When you have embarked on the hunt, a cutscene will appear with Artemis arriving in Wildspire Waste. When the cutscene is over, you'll be in the camp, where you can change your weapon, but remember only to quest specific equipment, so it's minimal.

Like any other hunt, following the scoutflies is key, and of course, Artemis will mention them. Head over to Area 8, and interact with the footprints located there, and make a Black Diablos appear. Fight the Black Diablos until it reaches about half of its life, and it will become enraged, keep battling it, then when a cutscene happens, that will be the end of the quest.

After the cutscene, you'll be able to collect the rewards of the mission, which are:

The 5 pieces of chocolate can be turned into the Smithy for Artemis Alpha Set! This is only the first mission; the second and final mission is called To Our World!